This idea is/was a bit of an experiment, it isn’t quite right, it needs a little fine tuning but I think other similar ideas will spin from it. 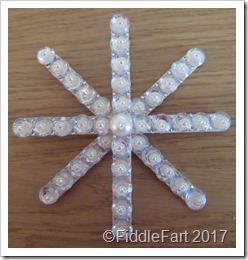 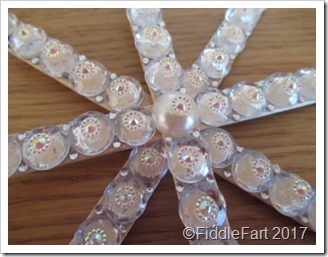 I used eight lolly/craft sticks to form the snowflake shape, gluing them together with E600 glue so that there was no risk of them coming apart. 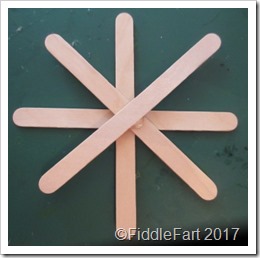 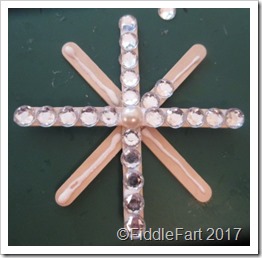 I used PVA glue to stick a large flat back pearl in the centre and the largish clear gems on the rest of the sticks. 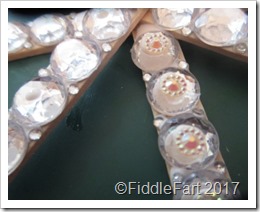 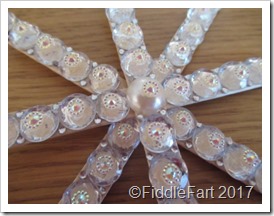 Then I got carried away and added smaller iridescent pearls from a strip of stickers on top of the clear gems, I have to say that the pictures don’t do justice to the sparkly effect. 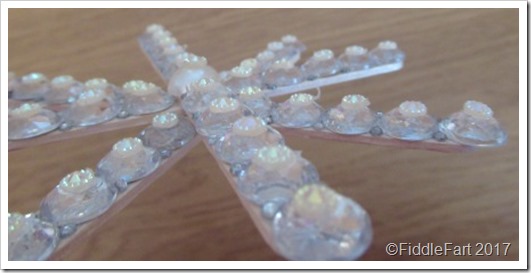 On the back I stuck a silver pendent bail to act as a hanger for a thread. 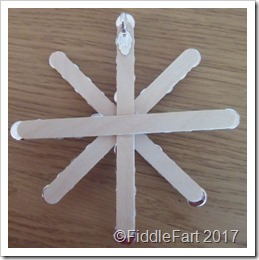 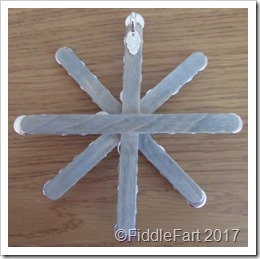 I then decided to colour the back with a silver marker, so it looked more “finished off”.
I want to try this idea again, but using smaller mini craft sticks I bought recently and then decorate them identically on both sides.  I think making a smaller size would fit better between the branches of a Christmas tree and being double sided it would look better from all angles and if the decoration twirled round.
Posted by Its All Fiddle Fart at Sunday, June 11, 2017 1 comment: