I love the very simple effect you can get from scrabble letters.

I’ve had this 4.75ins x 4.75ins shadow box frame for years now, which most probably was a charity shop find, squirrelled away,  just waiting for the right project. 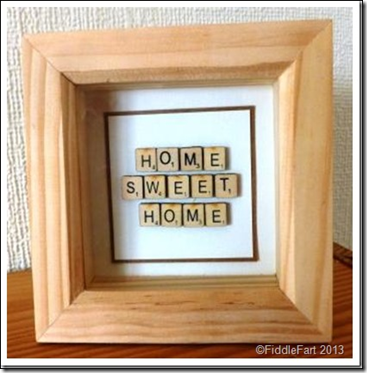 I have also had these self adhesive mini scrabble tiles - by Jolees/EK Success for years too, and I count them as one of my all time crafting treasures. There was a time when I would buy them whenever I saw them on e-bay and if I remember rightly,  quite a few came from the US.  However,  I am not sure they if they are still readily available anymore, I have done a quick Google search and I have found them on Amazon (US) and they were priced at $24.99 a packet (plus P & P) !!!!  Oh my life!!!! But I have also seen them on Etsy for between $4.99 and $6.99 , which isn’t quite so bad. Each tile measure 1cm x 1cm and you as you can see it’s their depth that make them so realistic and unbelievably cute! 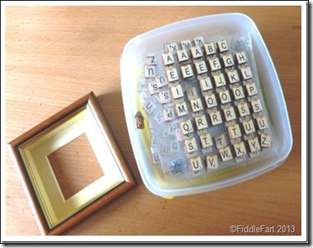 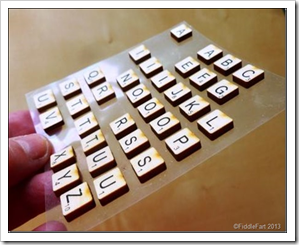 I started by mat and layering the background on ivory linen effect and Kraft card first and then began to place the letters, getting the first “e” in “sweet”  centred first, with the rest following, but it was sooooooo fiddly getting them spaced equally and square on …… but all the fiddle farting was worth it in the end. 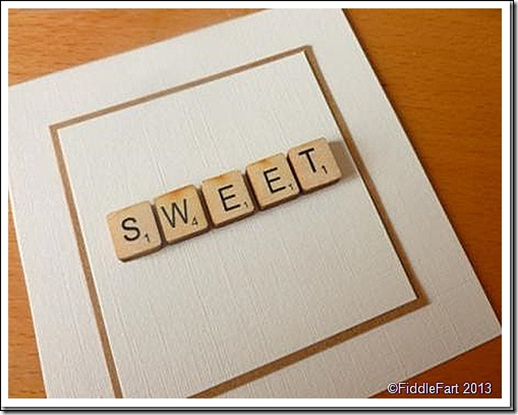 I have a few more small shadow boxes waiting to be used …. I just need some more ideas for words or phases I could use….. I’d rather like to put “Oh Bum” in one!!
Posted by Its All Fiddle Fart at Thursday, April 11, 2013 5 comments: