Lovely Memories ……. And My Pound Purchase From The Three Counties Showground Flea Market With Marc And Rick.

As you may have seen, if you read my monkey blog, I stayed with Marc and Rick in Worcester recently to  celebrate Marc’s birthday and to watch Eurovision together for the first time, after our mahoooosive disappointment when despite coming up with a weird convoluted story as to why I was going to be late for work one morning  ……we failed to get tickets for the real thing when tickets sold out in 20 minutes flat! 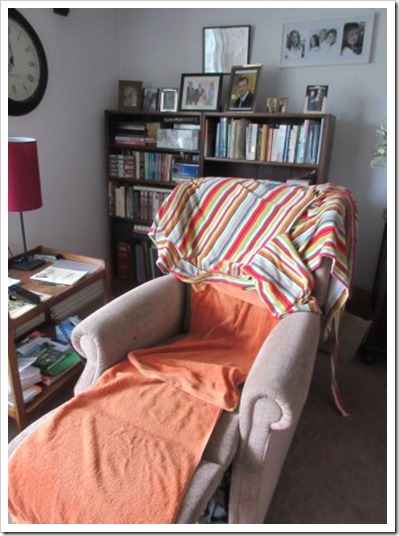 On Eurovision Day there was much competition between me and Rick as to who was going to have the very comfortable, motorised armchair for the evening, in the end Rick resorted to using dirty tactics, staking his claim by laying out his towels and his bathrobe on said chair, but in the end …. I got it!!! 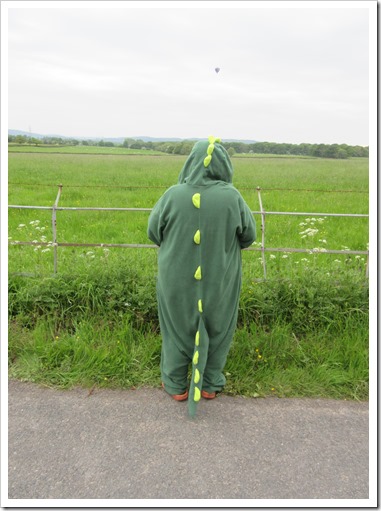 We had so much fun, and I have never seen or heard Marc laugh soooooo much and soooooooo loudly at the sight of me sitting on the garden bench in my dinosaur onsie, talking to three monkeys!!!  He howled, he may have even cried …… but it was a perfect, unforgettable moment!! 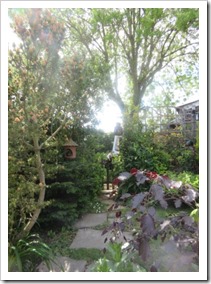 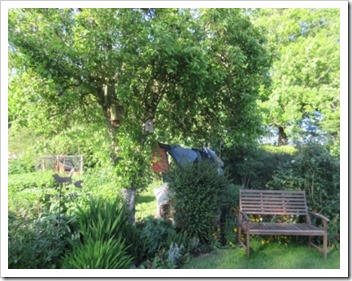 One of the highlights, apart from Marc’s humungous black cherry and chocolate trifle which included some sort of alcohol in every single layer ….. including Baileys in the cream on top, which will stay with me (and my hips) forever,  was a trip to a “flea market” at the Three Counties Showground, my idea of absolute heaven …… 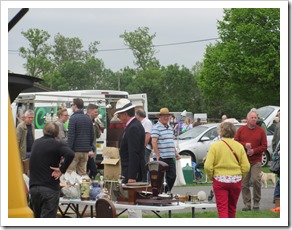 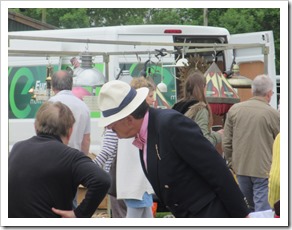 …….. and we got to see them filming Bargain Hunt, which was such a bonus, as I have always wanted to have a go!!! 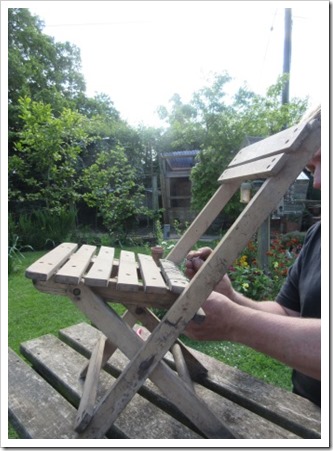 Anyway, I said that I had £5 burning in my pocket and I wasn’t leaving until it was spent and it was only at almost the last stall that I spent just £1 of that fiver ….. on a tiny child’s garden chair ….. when the man said “You can have that for a quid” ….. my pound was out in ten seconds flat …… well ….. the chair was riddled with woodworm on not so close inspection …… but it didn’t matter as I knew exactly where the chair was going! 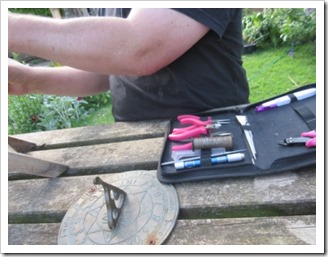 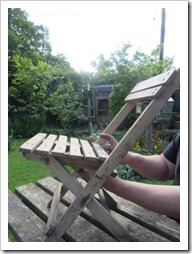 The chair also needed a little work at the back which Marc set about sorting for me when we got back …… with the aid of his trusty Jeweller Maker toolkit and was then duly painted green, in an effort to suffocate some of the woodworm!!!!! 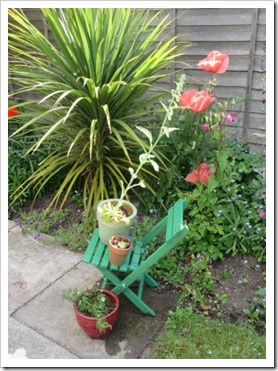 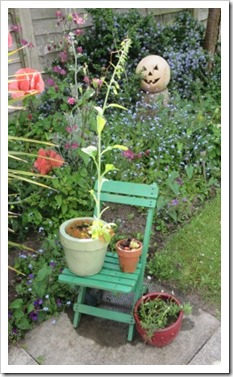 The chair is now in my garden (well away from any other wood) ….. perhaps I need to sort/arrange a few more pots around it ……..but that will come….. 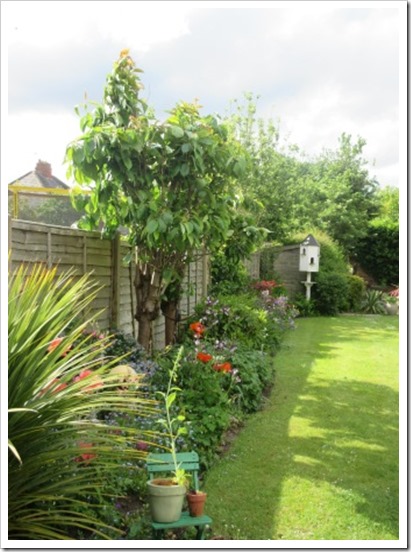 …… and every time I look at it, it will bring back so many memories of my lovely Bank Holiday in Worcester with Marc, Rick and The Girls!!!
Posted by Its All Fiddle Fart at Friday, June 12, 2015 5 comments: