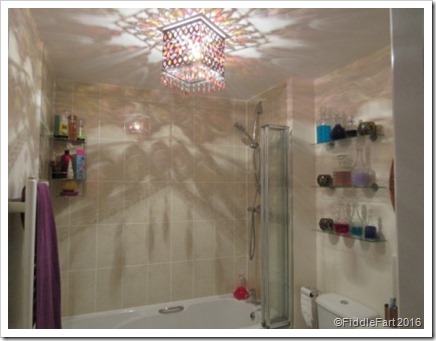 The biggest surprise for me when I viewed my flat for the first time was the fact that it had two bathrooms, well, a slight exaggeration, it has a main bathroom off the hall and a shower room to my bedroom.  I’ll be honest, as there is only me living here, in the perfect architect world, I might have sacrificed the shower room and half of the very roomy bathroom for a small box (craft) room, but that’s just being picky. 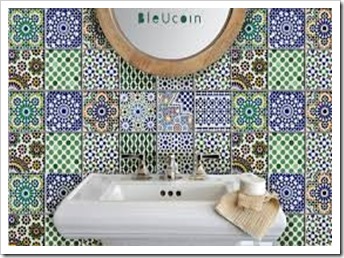 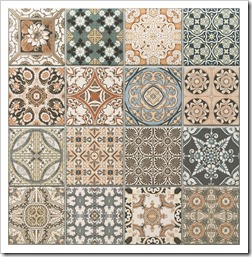 Originally, I wanted to go mad (and to be honest, still do) and replace the ordinary, cream marble affect tiles with a whole array of Moroccan design tiles round the bath/shower area and above the sink.  But then, Lu the voice of reason (and an accountant) made me see sense, for the time being, at least, in pointing out that as there was nothing wrong with the tiles, the flat only being 6 years old, it would be spending money after good, especially when compared to the bathroom in her new house, (now thankfully replaced), which was quite frankly, a ***t hole! 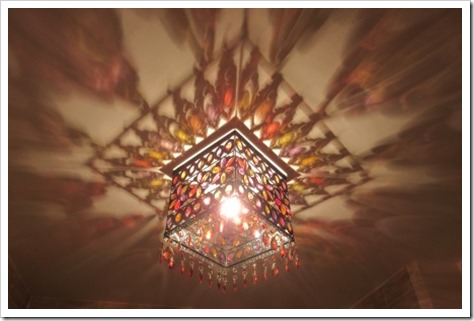 So, for now, I am restraining myself, and “making do” instead with just a Moroccan style lampshade from The Range, which was the very first thing I put in the room, after repainting the walls calico from the original white and replacing the cream carpet with a more sensible vinyl floor covering. Discovering that the shade cast beautiful colours and shapes on the ceiling and walls was just an accidental extra bonus.
https://www.therange.co.uk/ceiling-lights/pendants/jewelled-square-pendant#109562 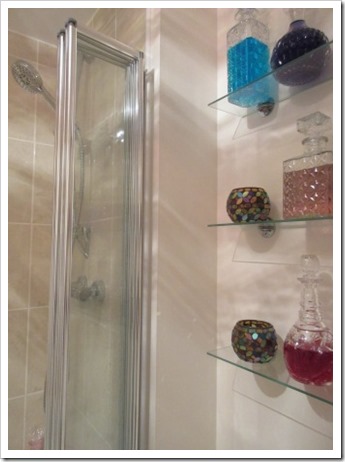 The shower rail and its curtain were then replaced by a folding shower screen, with having the babies staying over and having a bath, I thought it might be a bit safer than an ordinary flat glass screen. 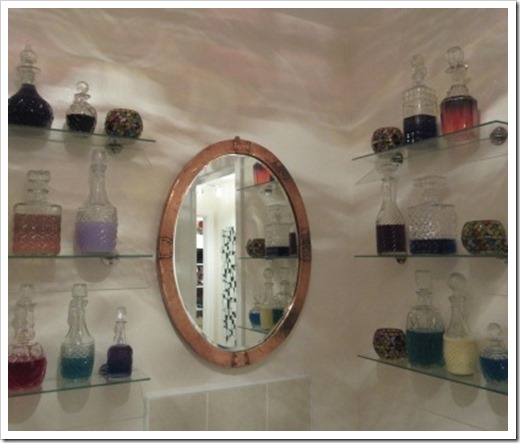 With that, I could start all the frou frou starting with purple towels and bathmat to pick out the purple in the aforementioned light shade (but, with all the new patterned towels now available, I am thinking NEXT, perhaps in a weak moment, if the colours were right, I might just have a re-jig)  and then lots and lots of glass shelves (from Argos http://www.argos.co.uk/product/8333535). It then became obvious that I needed a mirror but what? Next followed a wonderful Ulrika moment, the old, copper arts and crafts mirror belonged to my gran, I can still remember it in her house from when I was a child and always loved it. It was also one of the very few decorative items I bought from The Castle, as I wasn’t ready to give it up, however, I didn’t have a clue where it could possibly go.  But after trying it fitted and it went!!!  I was thrilled.  A theme was coming together all be it in a very haphazard way. Then, very spookily Aldi, up the road, had a promotion of copper bathroom accessories, which I naturally I decided to go for, especially after comparing prices elsewhere online. They had a matching mini pedal bin which was also duly purchased. My only regret is not getting the loo roll holder too when I saw it, so at the moment I am still looking for a free standing one, should anyone see one. 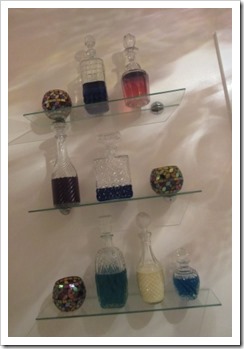 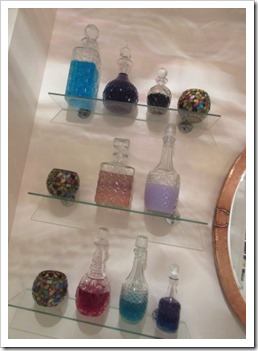 But, what to put on all those shelves?  Well, Evesham has a wealth of charity shops and over the weeks I managed to collect all these, paying no more than £1.99 of any, which I then filled with a range of different coloured bubble baths.  If I see any more decanters that are more ornate or I like more, they can easily be replaced.
The tea-light holders are also The Range https://www.therange.co.uk/candles-and-home-fragrances/candles/amber-mosaic-tea-light-holder#736992 and give out a very romantic light when I choose to have a candlelit bath! 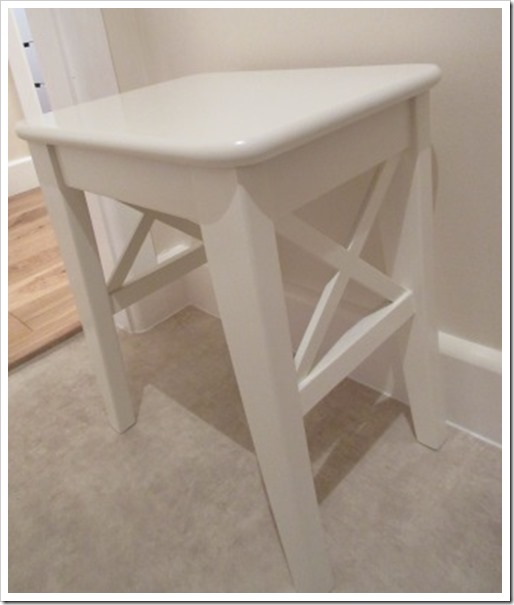 The final touch was an Ingolf stool from Ikea, which can not only be used as place to sit or put your clothes on, but also as a table at the side of the bath, laden with treats when friends come to stay.
http://www.ikea.com/gb/en/products/chairs-stools-benches/stools-benches/ingolf-stool-white-art-00152282/ 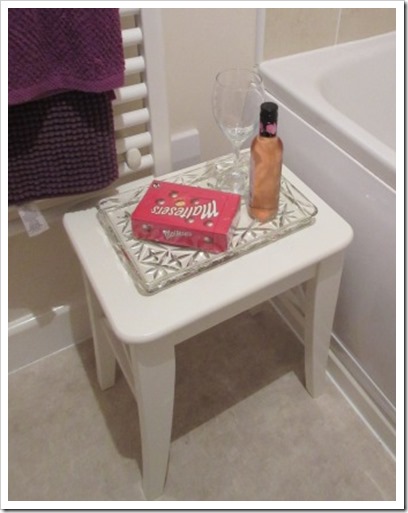 So, that’s my bathroom as it is for now …. but I am still not ruling out that this time next year, it might, just might, be retiled!  I always used to say “less is more”, but in this case perhaps “more could be even better”!
Posted by Its All Fiddle Fart at Friday, November 25, 2016 6 comments: