I have finally got round to personalising the blank Gingerbread tree decorations I found in the Poundland sale for just 25p each.  There were millions with names already printed on, but I had a good ruttle round to see if there were any blank ones as Iris and Bertie are not that common a name.  I struck gold! 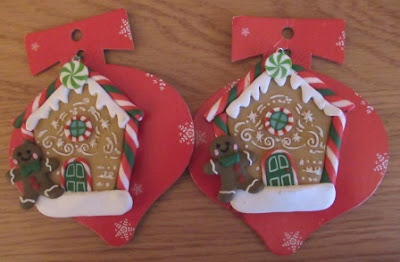 I simply used a permanent fine writer pen, to first put the middle letter of each name in the centre of the given space and then added the other letters to each side so that the whole name was more or less equally balanced across the middle ….. if that makes sense?  A cluster of my customary three dots on either side also helped fill in any empty space with a little extra frou frou. 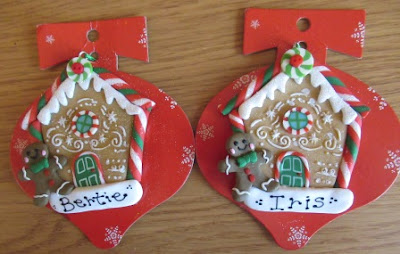 I then added a tiny red button to the sweetie at the top of each house and a liberal sprinkling of iridescent micro glitter to the snow on the roof …… sorted! 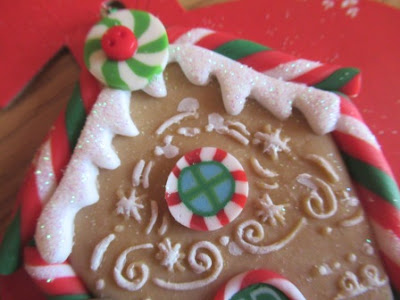 I am now kicking myself just a little bit for not finding a few more blank houses, at 25p each they work out much cheaper than a “posh” Christmas card and I  could have personalised them for Iris and Bertie’s friends to give as a gift that could be bought out for a few years to come ……bum …… severe case of shudda, wudda, cuddame thinks!
Posted by Its All Fiddle Fart at Wednesday, March 06, 2019 3 comments: