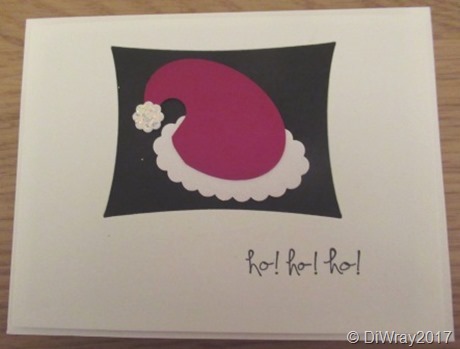 From Diane a die cut and stamped Santa’s hat card, a very simple but very effective card and an idea I might be able to play with next year, so watch this space?!!!! 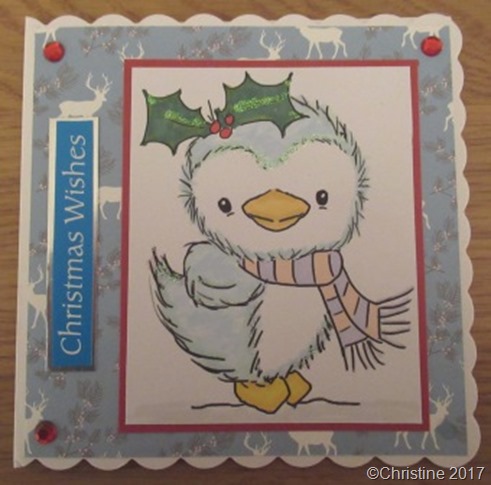 A wintery penguin from Christine.  I have bought a few stamps this Christmas, as yet, dare I say, still in their unopened packets. I love the idea of stamping, as I have said many many times before, but I just get so frustrated with the results, I just never seem to be able to get a good print first time, second time or for that matter tenth time round.  Christine has perfected the art ……I love everything about this card.  Thank you Christine. 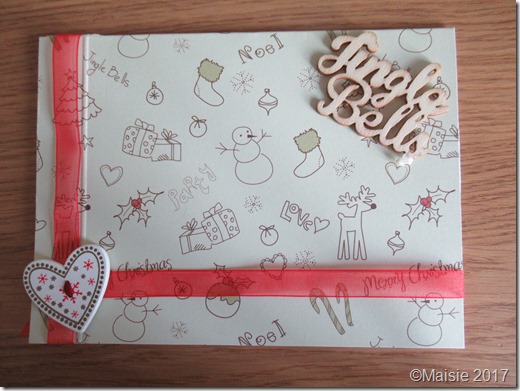 The next card comes from Maisie who has been crafting since, I think, before she could walk or talk and I have been lucky enough to be at the receiving end of many of her beautiful creations.  I love the background paper, not sure where it’s from, but it’s very cute …… and the wooden laser cute “Jingle Bells” is an embellishment I could always find a use for.  Thank you so much Maisie, good luck for when you move up to Senior school later in the year and just make sure you keep on crafting! 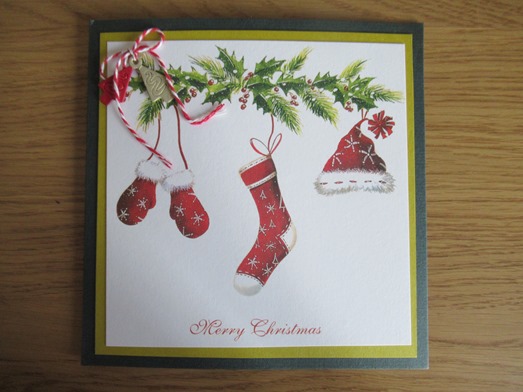 And last but not least a card from Mrs A/ValeryAnne.  I think the background was already  printed but then Mrs A has added two tiny die cut Christmas trees tied with red and white butchers twine, soooooooo effective and looks a million dollars.
My own cards this year have been disappointingly and totally  P A N T S despite making an early start in the year.  I shall take all of these, along with Marc’s card for inspiration, and boy do I need that in 2018!!!!