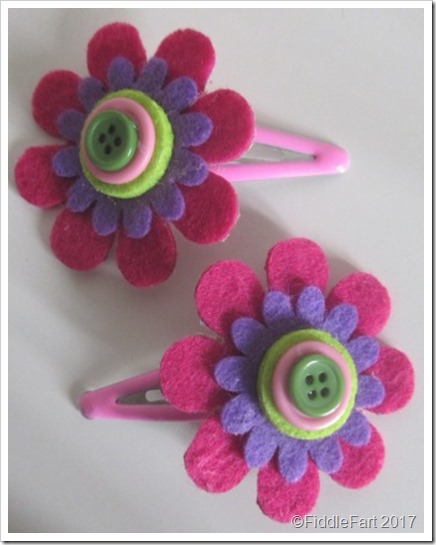 The self adhesive felt flowers came from The Works, I had assumed, wrongly, that there would be at least two flowers the same in a pack of eight, (£1)….. 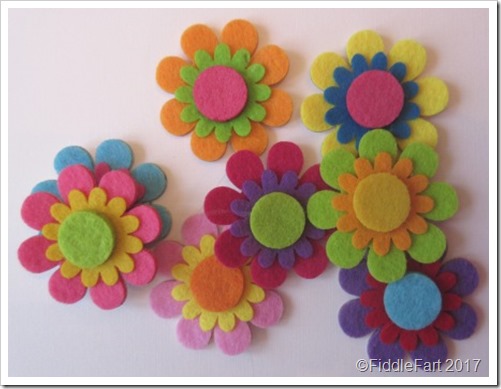 …… so that I could make a matching pair of clips, alas, there wasn’t, so a return journey to the shop had to be made. 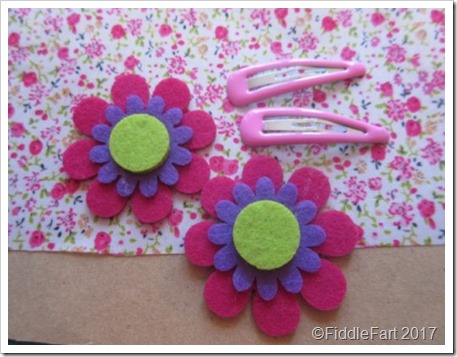 I stuck the felt flowers onto some self adhesive fabric, however cutting round the flower with the fabric was fiddly and time consuming …….. 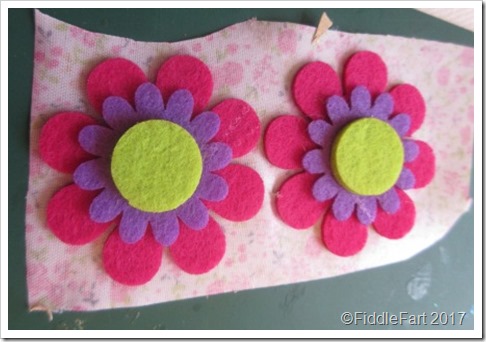 ……. so I have to work out another way  if I can, to stop my scissors getting all gummed up while cutting. 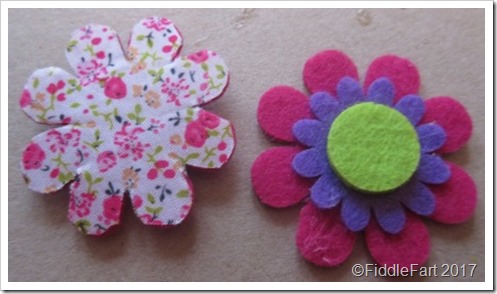 However the backs do look much better (professional!!!!!!) when covered. I glued the flowers onto the clips using E6000 as I wanted to be certain that they wouldn’t fall apart during wear.
I was in two minds as to whether or not to add a button or two to the centre of the flower, but in the end decided that they added a little something else, no less is more approach as far as Iris’s coiffure in concerned!!
Posted by Its All Fiddle Fart at Friday, March 17, 2017 2 comments: