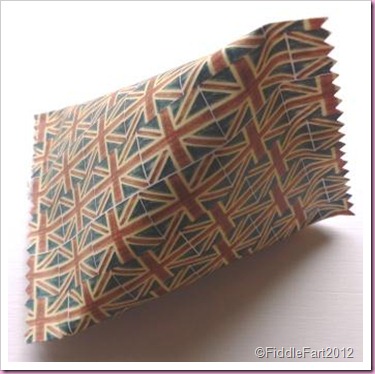 Marc gave me this idea for either a kids Diamond Jubilee Lucky Dip or party favours. 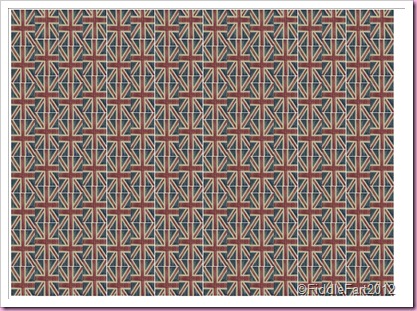 I created my own A4 sheet in Publisher after  finding a shabby chic style Union Jack image, which I resized,  then copied and pasted to create a pattern in Publisher. Next I saved it as a jpeg (picture/image)  so that I could use it for other projects to keep the pattern in proportion. A little long winded and fiddle farty but it works for me.
To show you how to make the box I have copied the pictures and instructions I  put together for the humbug carton I made a couple of Christmas’s ago to save repeating myself. 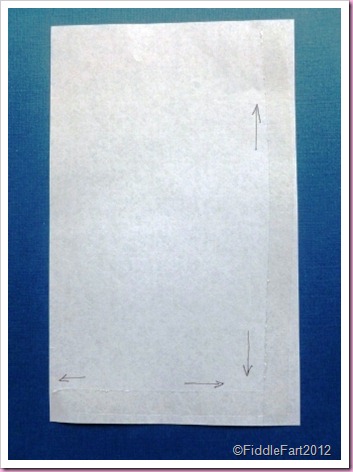 First I cut a 8in x 5ins oblong from my patterned paper and applied double sided tap down as illustrated in the photo above.
With patterned side facing outwards I rolled the paper to form a cylinder. 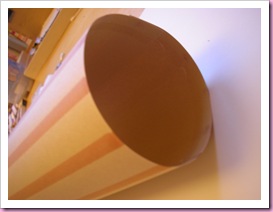 And then flattened the bottom end, where the double sided tape had also been put -  (see below) 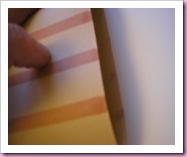 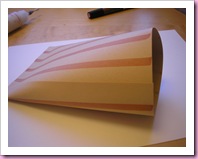 To complete the box I squeezed it together in the opposite direction to the bottom of the bag (I hope that makes sense) to form the boxes triangular shape. With the box almost complete I put in a sealed bag of red, white and blue bonbons to go with the theme. 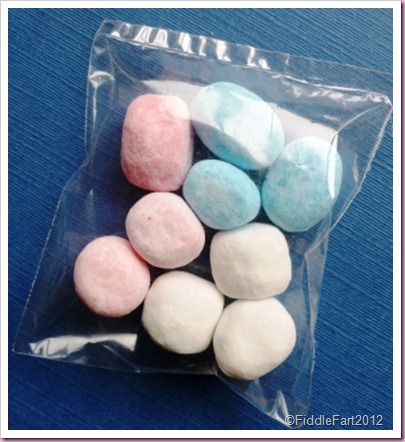 Then I  sealed the end with glue, which I held in place with a couple of paperclips until the glue was dry. 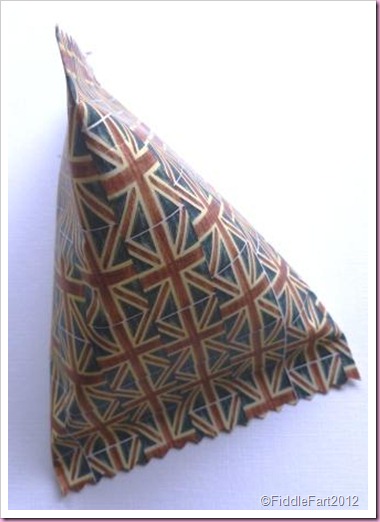 The finishing touches were made by  trimming  the bottom and top edges with pinking shears.
I know my instructions are not perfect so have a look at youtube or : -http://www.ehow.com/how_8224188_make-sour-cream-favor-box.html#ixzz1rHXNqDrH
Posted by Its All Fiddle Fart at Thursday, April 12, 2012 3 comments: