Marc and I – Soldering Yet Again at Crafting Live, Malvern.

Following our day scrapbooking at Crafters Companion, Marc and I moved on to Crafting Live at Malvern with Create and Craft the following day.

I have to say that after my past disappointment at the Hobbycraft Show at the NEC it was a very pleasant day …….. 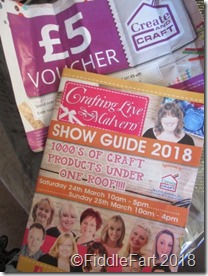 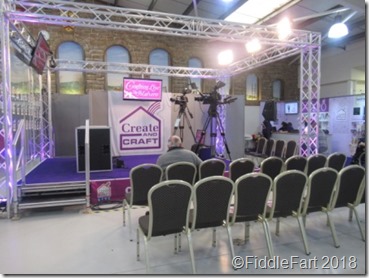 …… where we got to see the various Create and Craft programmes going out live which was interesting in itself. 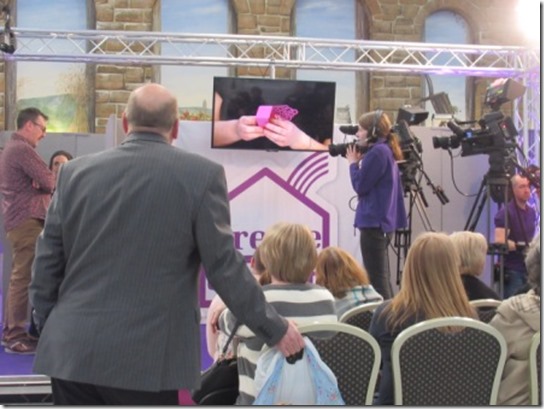 It was also comfortable to get around, there were enough stalls with a good range of different products and you could look at things properly without being pushed and shoved and your ankles bashed!  There were an awful lot of dies and stamps, but I was still able to stock up on all the card colours I needed and treat myself to a few other bits and pieces (including some Tonerflex foils and accoutrements) and Marc could have a good look at the Screen Sensations stall, although I think he must almost have all the screens they have. 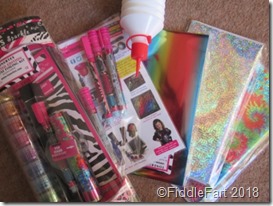 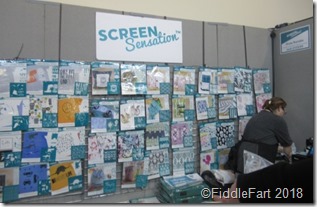 There were also plenty of Make and Take Workshops, but in the end nothing really called our names …… 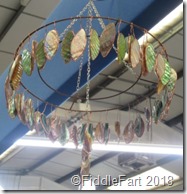 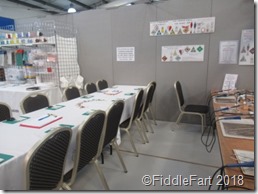 ……. then we spotted Glass Garden Studio who were doing workshops that included soldering, something we have both tried so many times but with mixed results.  Well, it was a no brainer and Marc treated us both to the Bunting Workshop – their example shown below. 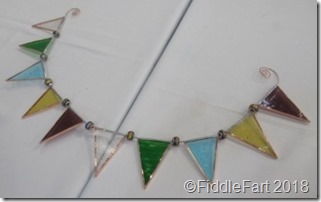 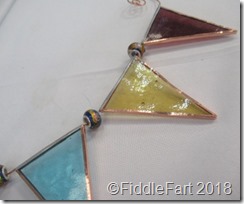 With an excellent tutor putting on the copper tape was a doddle ……. 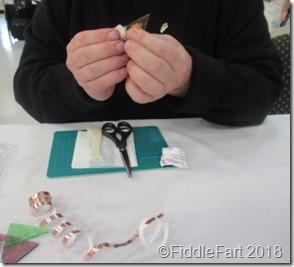 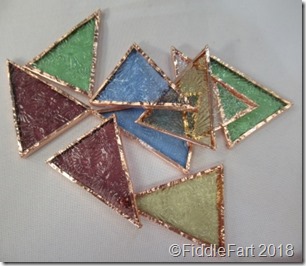 The soldering wasn’t as much, but we had all the proper tools to use and yes, with practice (Marc bought the soldering iron and solder for future playing) I think it’s something I could now finally master …….. 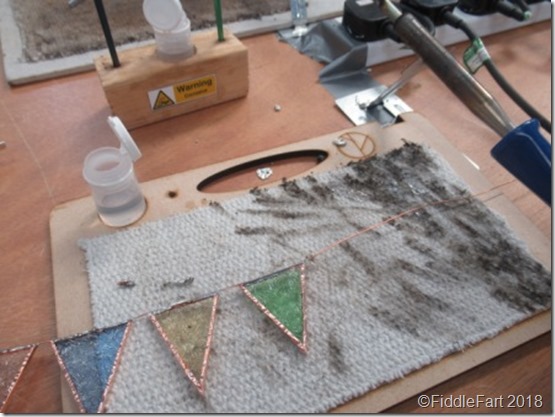 ……. especially minus the large audience that built up around me while doing it!  Also, on the plus side, Marc did manage to sell a couple of extra workshop tickets to said audience as we were working!  What is he like?

It was a confidence boosting experience, just learning how to hold the soldering iron properly was so worth it.  I have the bunting safely put away, I think I could add a few little bits to it ….. and then find somewhere to hang it, most probably in my guest room.  Happy Days