I am still finding these flipping spiders in the oddest places since last Halloween! Bertie loves them, they are the first thing he goes for when I get the toy box out, so I have kept a few back just for him, but the rest I have used on this Halloween Bunting. 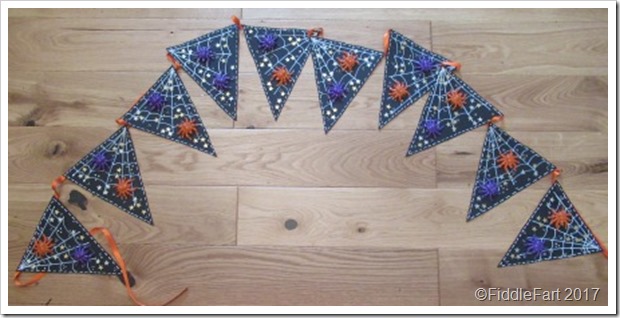 It’s an idea I have been toying with for a while.  I cut the triangles, which measure 18cm wide x 21cm deep, out of black card using pinking shears, to give a zig zag edge. 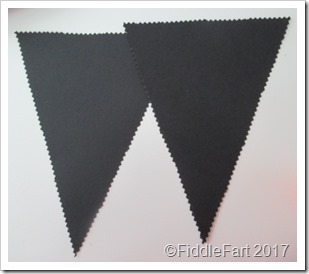 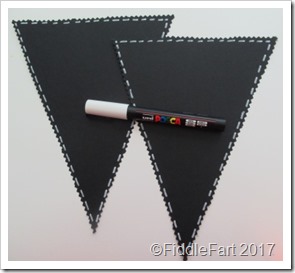 I then used a white Posca pen for the faux running stitch round the edges and the webs, because the ink/colour doesn’t absorb and fade into the card. 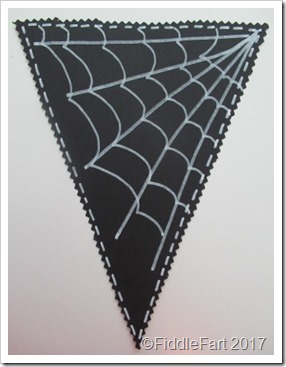 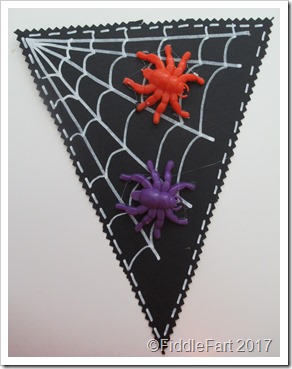 I knew the spiders would be tricky to stick but using a glue gun made it so simple, giving a strong bond to stand up to the rigours of the bunting being hung.  I didn’t fuss about removing any of the glue threads, as they added to the creepy Halloween effect. 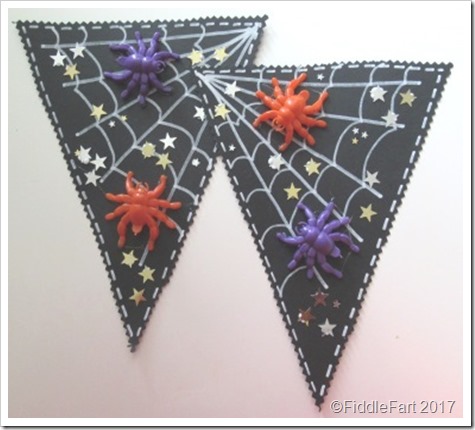 To add extra sparkle and to catch the light when hung I added a mixture of gold and silver stars in assorted sizes, using a tacky PVA glue, again to give a fairly secure bond. 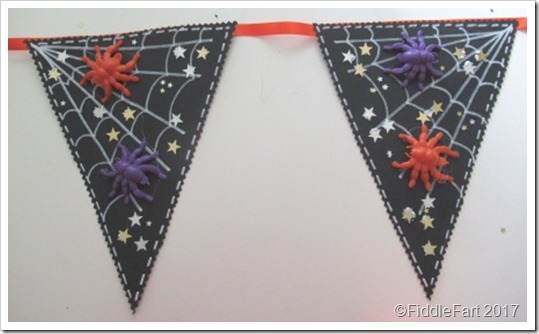 The pennants were stuck at 7cm intervals onto a length of orange ribbon to co-ordinate with the orange spiders with tacky PVA, and then held in place with pegs until the glue was dry. 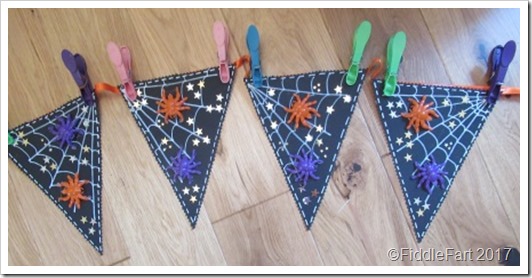 I then got carried away, filling in a little more space with groups of dots, using the Posca pen, I did think of using flat backed gems instead, but thought they might be a little lost. 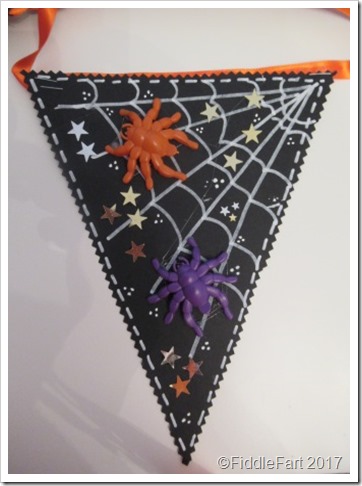 I now have a huge pile of neon coloured skeletons bought for 25p a pack of 10 from my Wolverhampton days …… I want to do something similar with them, but with the little I have experimented with them the triangle pennant shape doesn’t work as there’s too much empty space around them which looks odd ….. but I won’t be beaten!
Posted by Its All Fiddle Fart at Wednesday, June 21, 2017 2 comments: