Following on from yesterday …….. and what to do with the rest of a  box of 48, red, green, white and silver baubles once you’d taken all the green ones out to make Ninja Turtles …….. 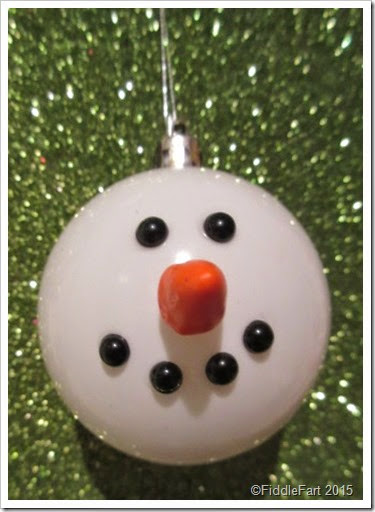 Well, you can make snowmen faces with the white ones (another idea found on Google) 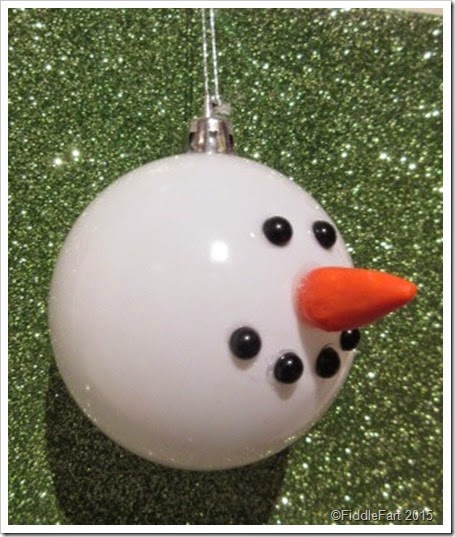 I used black flat backed gems to the eyes and mouth stuck on the E6000 glue, to make sure they don’t drop off ……. 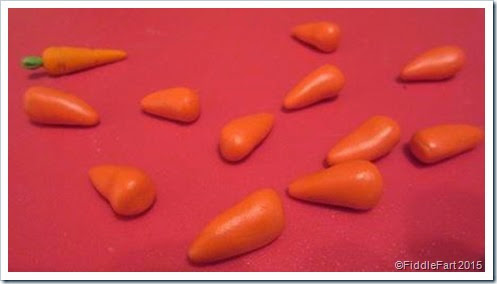 …… and then made a pile of carrot noses (using one I already had as a guide), from orange Fimo clay, which then had to be baked. 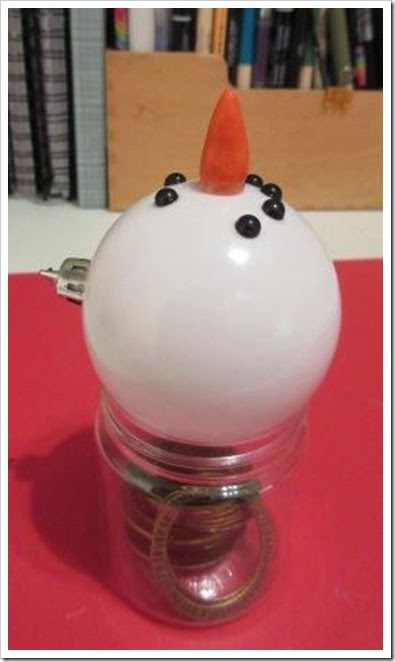 Once the Fimo had hardened, it was time to give Mr Snowman his nose, and that’s when I think he got his personality!  I used E6000 again to stick it on and then kept him in an upright position overnight until the glue took hold.
Posted by Its All Fiddle Fart at Sunday, January 04, 2015 10 comments: