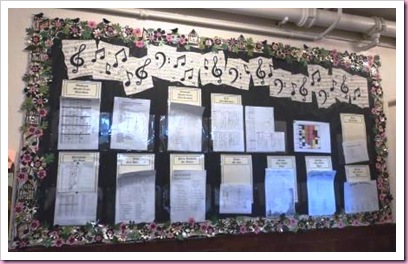 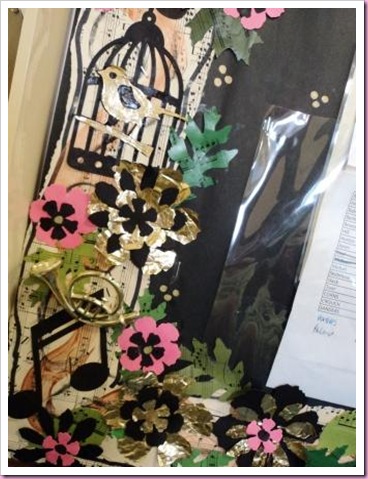 A few days ago I showed you the display of Replica Photo Albums I made for my schools centenary celebrations and thought that today I would show you a few of the others I put together. 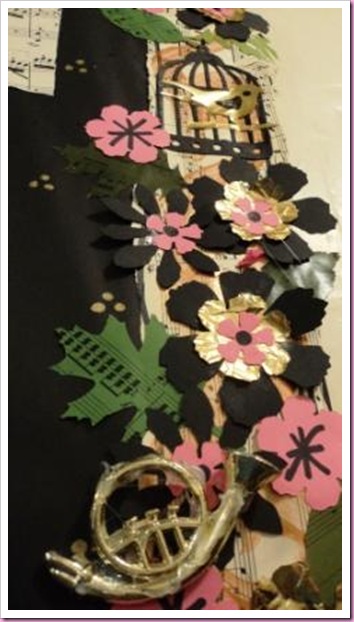 The display above is the Music Lesson Board and you will see that I have used Tim Holtz Tattered Florals, Tattered Leaves and Caged Bird dies to make up the borders, as well as old musical instrument Christmas decorations, and old sheet music. Some of the music I have used as it was and some I have photocopied onto green paper for the leaves.  The music symbols were cut on the office Craft Robbo, (which I asked for not long after I arrived) …. this board was a labour of love! 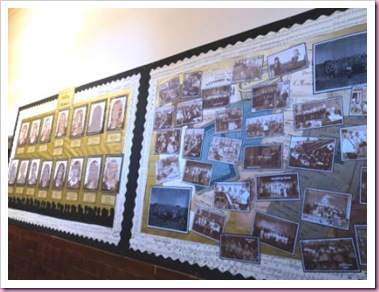 The next board was also for the Music Department, it was so big that I decided to divide it into two.  The one half celebrates the achievements of the girls who gained distinctions in their music exams and the other side is a montage of old photographs from past concerts and productions.  I scanned the original pictures (both modern and old) and then re-coloured them in sepia tones to give it a shabby chic /centenary type feel. 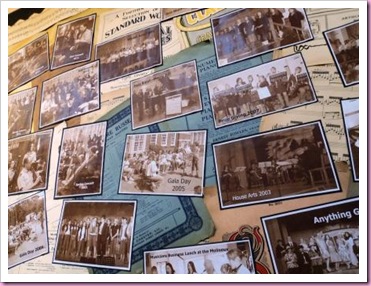 Again, I’ve used old sheet music and covers for the background and borders 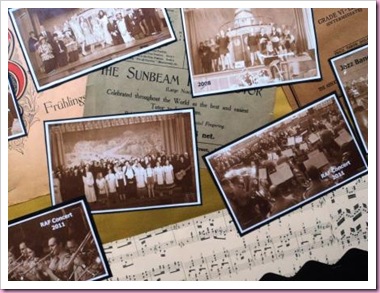 The next display board for the RS Department is a bit brighter, with a more modern feel to celebrate 400 years of the King James Bible. 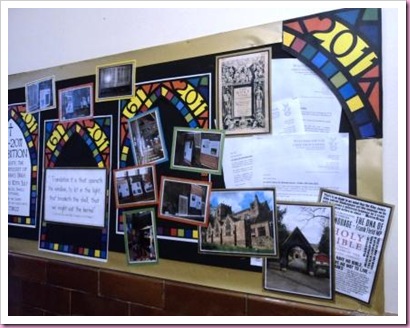 I’ve taken a poster for the event, photocopied it to A3 size and then cut out segments to use as a background and as a frame for the information and photographs. 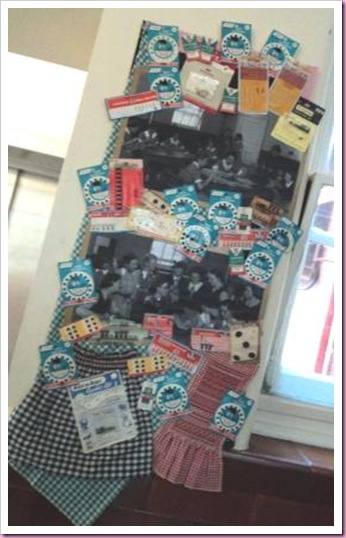 I think I enjoyed doing this display the most! During a sort out of cupboards I found boxes of old sewing paraphernalia and some original smocking, then imagine my surprise when looking through the archives I found photos showing girls actually doing the smocking! 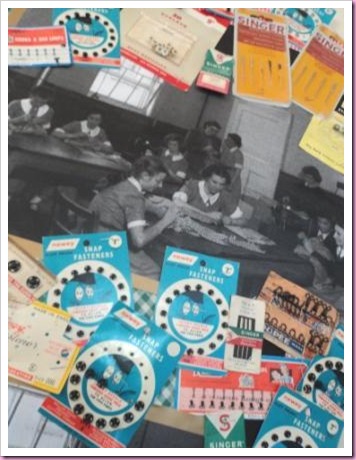 In fact at one of the Open Days an Old Girl actually recognised her own smocking! 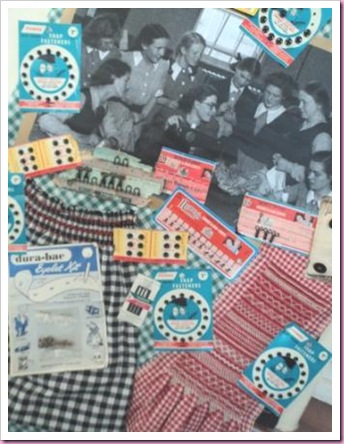 Finally a display of pastel drawings done by the girls this year of various views of the school ….. 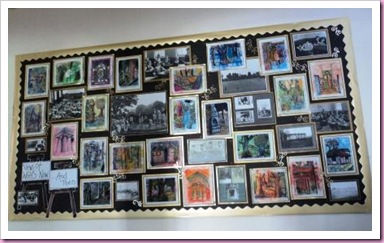 …… intermingled with old photographs of the same views. 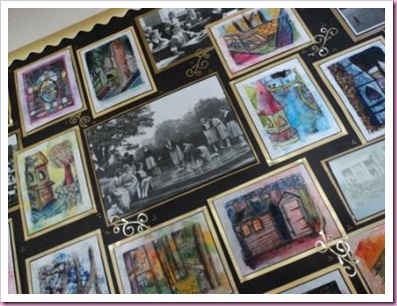 Putting up of a display doesn’t take that long, but the preparation ….. oh my life, that can take me days, although it doesn’t really show …. 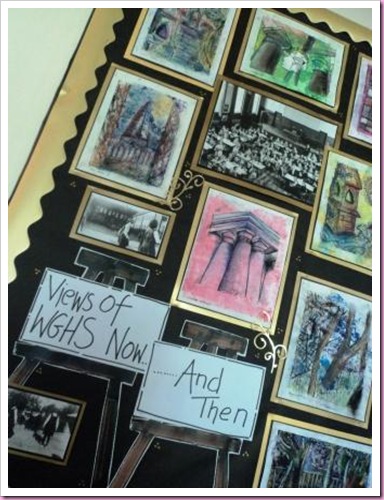 ….. but when I am doing something really special I like to double mount everything ….. I must be mad!
Posted by Its All Fiddle Fart at Sunday, August 14, 2011 9 comments: