You may remember that I beat myself up a week or so ago because I was too busy/knackered to take many pictures of the hospitality areas I worked on with Ian Christopher  and his team at the January Furniture Show 2017 at the NEC in Birmingham, well I now have some “official” pictures from Ian.
The first few are of the Speak Easy VIP Area which it all started as below, empty  ……. 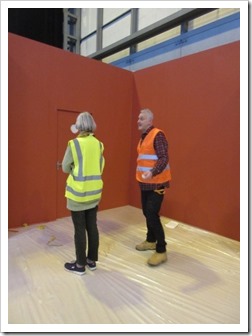 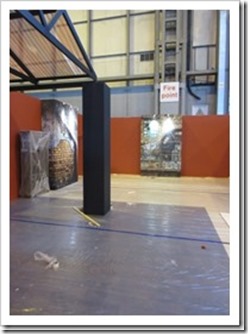 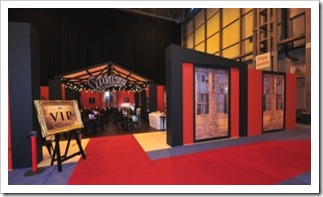 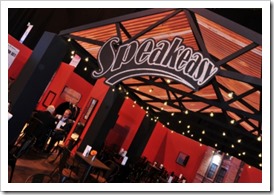 Ian designed everything, from the colours of the stand walls ….. 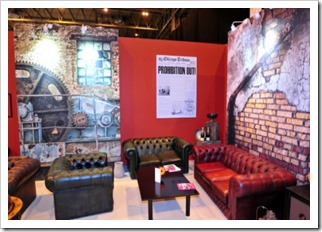 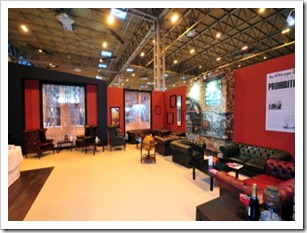 …… to the posters and art work on the walls, the signage, the flooring ……. 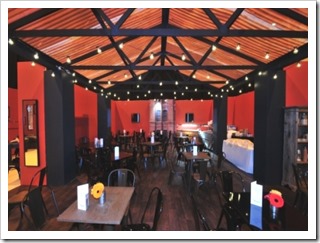 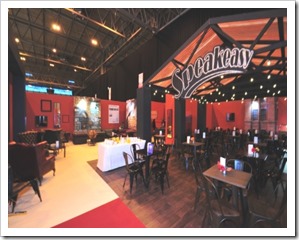 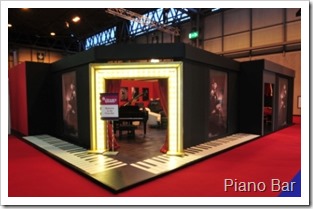 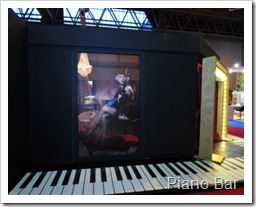 ……. every single stick of furniture that had to be hired ….. even down to the mahooooooosive chandelier in the piano bar. 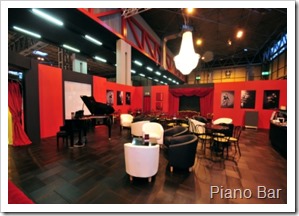 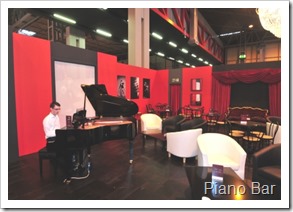 ….. Ian’s plans were drawn to show exactly where everything had to go, for me the thought of it all makes my head spin.  All I had to do was “stage” the props, and wire some gerbera and as I have said, that totally knackered me out! 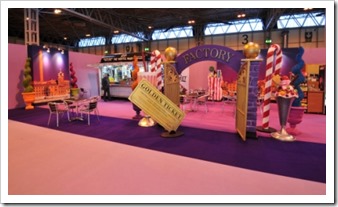 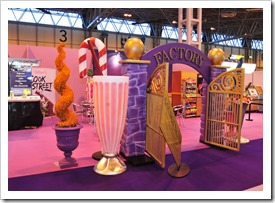 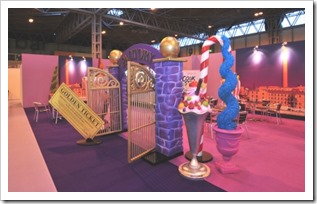 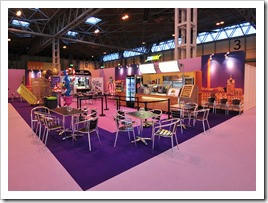 Ian also designed the Willy Wonka and Western Areas that I never got a chance to see in their finished stage. 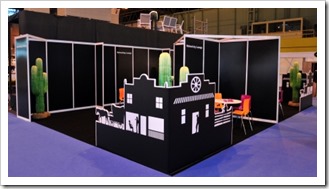 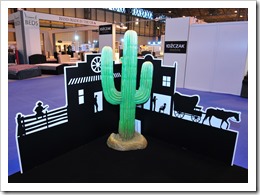 It really is a whole new world ……. If I had had the room, I would have been very tempted to smuggle out a cactus or two to put in my communal garden, and then wait for the flat’s management company to pass judgement (as they certainly didn’t like my bird station), and I would have loved to see Iris’s face if I had put two of the Willy Wonka ice-cream cones at either side of the end of the bed in my guest room, but not even my humongous shoplifting bag, as Marc calls, it could have covered them in my attempt to look inconspicuous and innocent.  http://www.furniturepresentations.com/
Posted by Its All Fiddle Fart at Monday, February 06, 2017 3 comments: