Following on from yesterday and my Primark heart “bargain” this is what I have come up with, for my first idea ……. which could be used either as a tree decoration or a fancy gift tag…….. 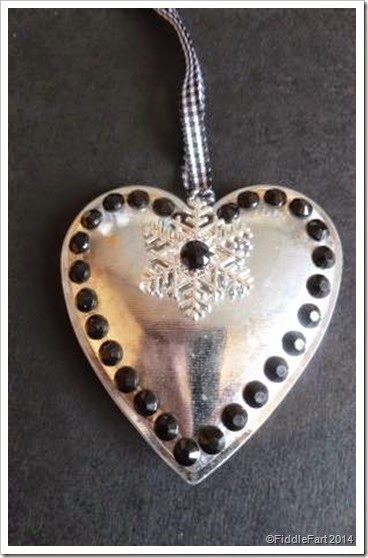 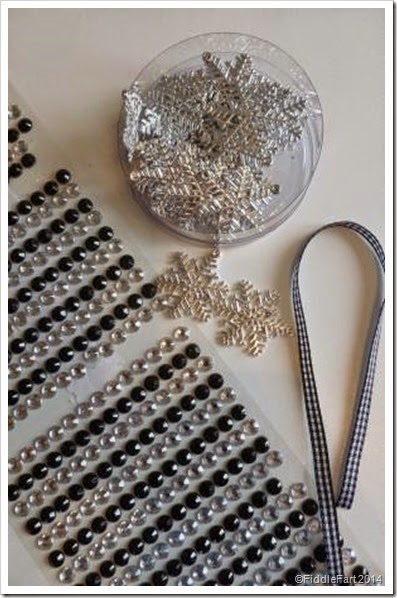 I used two strips from a pack of self adhesive, black flat backed gems from Poundland. I’ve never used them before and was a bit apprehensive, but because they were on a strip, they were so easy to manipulate round each side of the heart, so no blobs of glue and individual stuck on gems, and the most magical thing was each strip consisted of 14 gems which were a perfect fit, no trimming, no nothing! 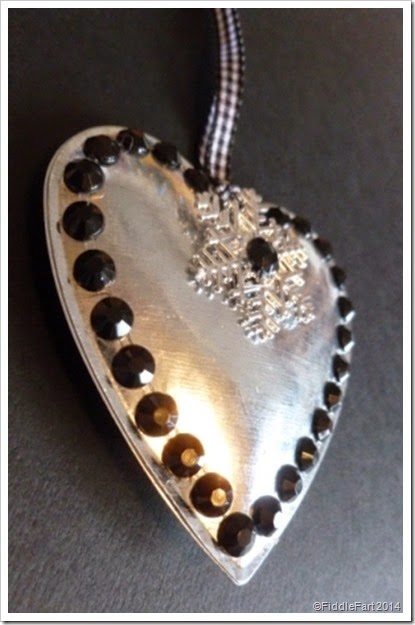 The plastic snowflakes came from Butlers last year from one of my stays with Marc. I just snipped the small eyelet off and then glue gunned the snowflake onto the heart, adding a black flat back gem in the centre. Like I said, so simple!  The finishing touch was a length of black and white gingham to hang or tie it. 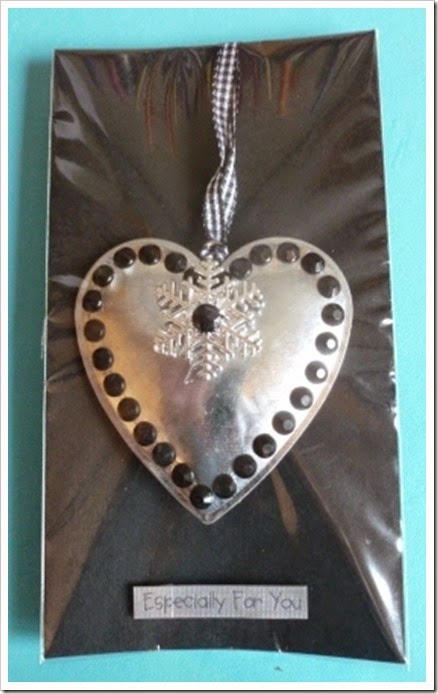 I plan to make up the other two hearts from the cluster in exactly the same way.  However, what I didn’t confess the other day was that I actually bought four sets of the hearts …. so I now need to think of three more ideas!!!!
Posted by Its All Fiddle Fart at Wednesday, September 10, 2014 3 comments: