My NEC Impulse Buy? And Going Off On A Tangent …… 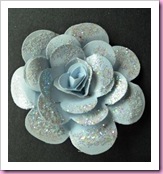 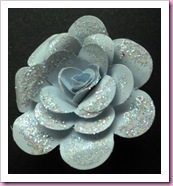 Funny how some ideas lead to another …. I bought a set of die cut roses from My Craft Studio (one pack should make between 15–30 flowers) at NEC, Hobbycrafts, demonstrated by Stephanie Weightman (from Create and Craft), but now I am really hoping that this isn’t going to be my annual exhibition impulse buy that I regret! 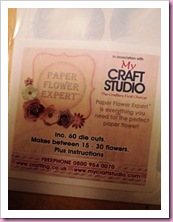 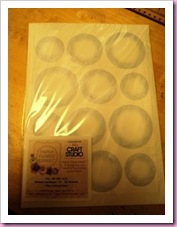 At first, I was a little disappointed with my results, but when I compaared them to the picture of the demo I took (below) they aren’t too bad, though I should have used a finer glitter! But now I am at a bit of a lose as what to do with them, as they are too big for the type of card I make…. 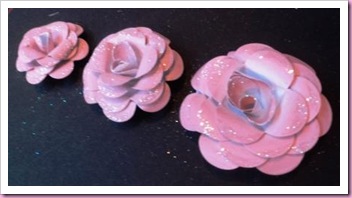 I did think they would be ok on a small papier mache box I had, but when I tried the blue looked to “fresh” on the slightly shabby box …. and so then I went off on a tangent. 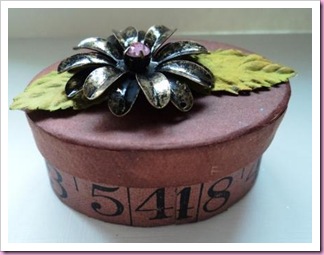 I added part of a really old tape brown measure round the bottom of the box, which then lead me to colouring the rest of the box (including the inside and bottom) with a brown Promaker 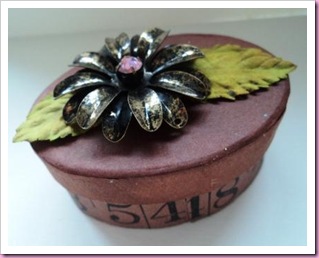 I knew the blue rose was all wrong …. but what if I added a metal flower taken from a Primark necklace and a couple of paper leaves ….? 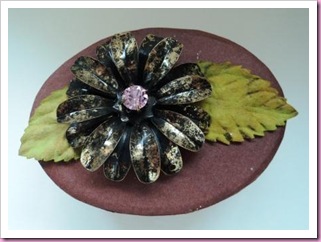 I am dead chuffed, I’m going to put a new tape measure in the box and give it to my mum for Mother’s Day, I just need to work out what to do with the roses that started this whole thing off …..
Posted by Its All Fiddle Fart at Tuesday, March 29, 2011 9 comments: