Out And About With Marc In Worcester.

Marc and I were able to meet up in Worcester in the middle of October, when as far as we concerned Halloween was done and dusted and we were eager to move on to what the shops had to offer of a crafty type nature for Christmas ........ but, as per usual, we do tend to get a little distracted ....... 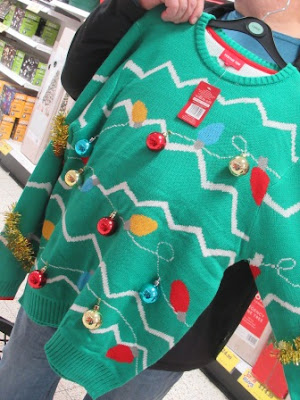 ...... especially by things that shine and sparkle ....... like this wonderful Christmas de-baubled jumper  in B & M Bargains, it was hard to walk away, but, no considered purchase was make, just in case we came upon something that was even better!! 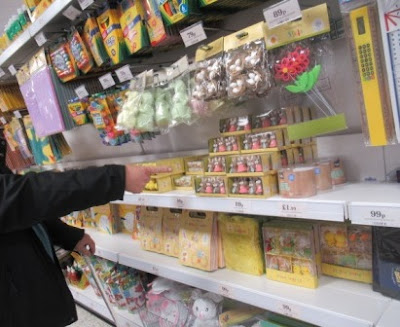 But while we thought we were a little early looking for Christmas, Home Bargains already had their Easter Crafts stocked, I thought poor Marc was never going to be able to stop laughing, we all know they start getting the Easter eggs out in January, but in October, it's got to be some sort of record. 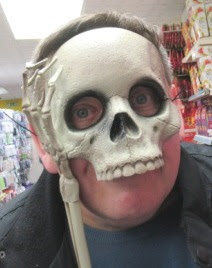 As per usual Marc only agreed to having his picture taken with his face covered, he is such a diva, but does have such lovely blue eyes!!!

But didn't mind me taking a couple of pictures of his new walking stick. Wherever we go people always remark on his various sticks, we still chuckle about the reaction he once got during a bus ride into Wolverhampton!!

Anyway, on this clear, acrylic (I think) stick he had replaced the top with a skull that he had first coloured using a chrome effect spray paint and then underneath glued real Swarovski crystals so that it really caught the light when he moved. It was quite stunning! 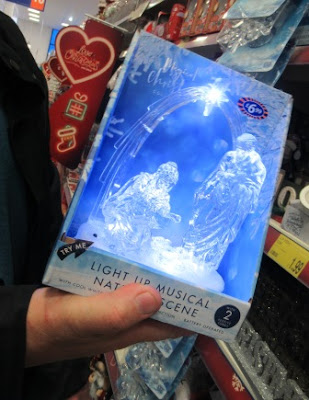