This card measures 6ins x 6ins and is made using a manufactured pre-scored card blank. 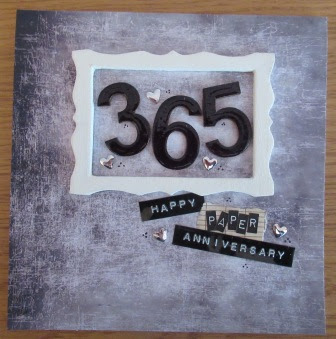 This card was made for my nephew Joe and his wife Amanda's first wedding anniversary ...... where has that year gone?  They are a very modern, no fuss couple so I wanted to make a card that reflected that. 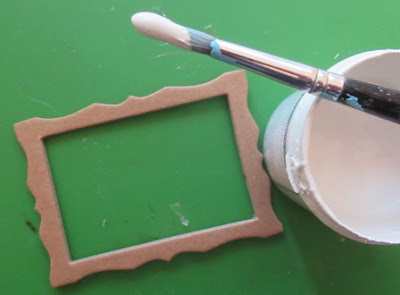 I simply took a pre-scored card and covered the front with a paper that went with the black and white theme I had chosen to use.  I painted the Kraft card frame (The Works) white ..... 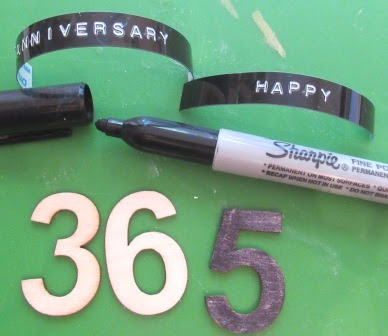 ..... coloured the wooden letters with a black Sharpie pen and then added a layer of Ranger Glossy Accents to make them pop and printed the sentiment using my trusty, original Dymo label maker. 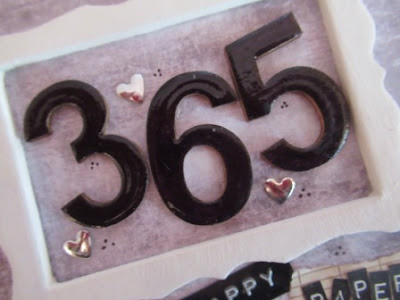 When everything was dry I put all the pieces together. 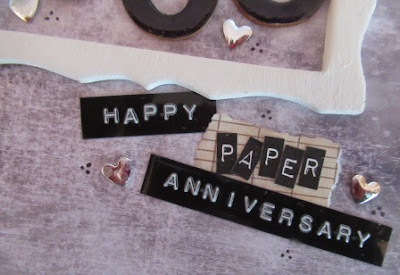 The final touches came from adding some tiny, silver, nail art hearts and a scattering of three dots here and there using a black fine liner pen.

I like it, but it is a little unusual, which is probably why it has had me thinking about Halloween ...... I think by using the same components, but replacing the number for letters that spell BOO, painting the frame orange and adding a tiny spider or two here and there  .......... I could possibly have a Halloween card?????
Posted by Its All Fiddle Fart at Tuesday, October 01, 2019 1 comment: