I made this bunny for this Easter ……… but just didn’t have the time to get “him” posted. 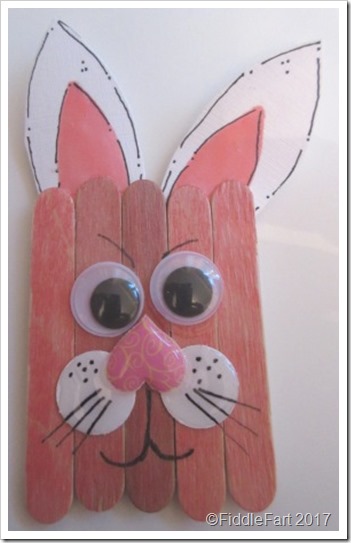 I used five mini/half sized, plain lolly/craft sticks from The Works, (£1) and coloured them in pink using a Sharpie pen. 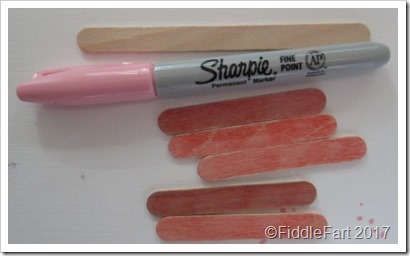 I used a square of white card to act as a base for the bunny’s head. 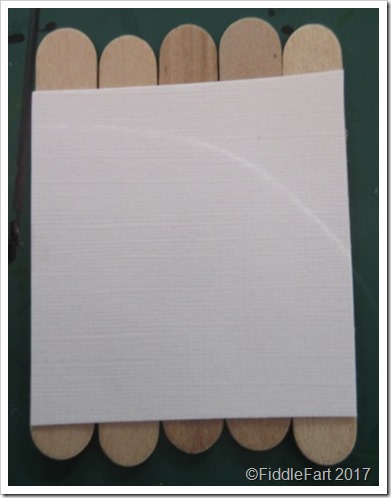 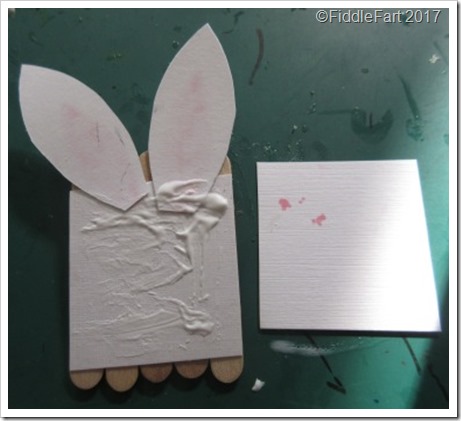 I also like to colour any of the lolly sticks showing on the back to match the front. I then added a square of self adhesive magnetic tape so that he could sit on my fridge door. 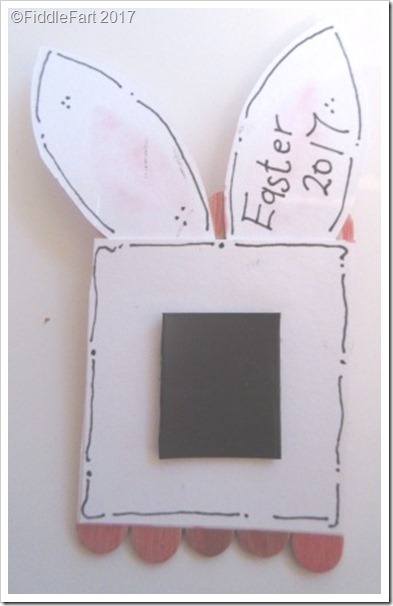 To make the face I used two googly eyes, an upside down puffy heart sticker for his nose and two, small, punched circles for his cheeks, adding extra details with a black fine liner pen, used lightly to minimise any ink bleeding into the wood. 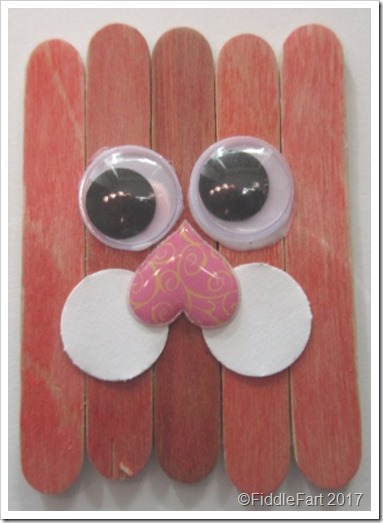 I then decided then to go the whole hog by adding Ranger Glossy Accents to accentuate the pink on his ears and cheeks. 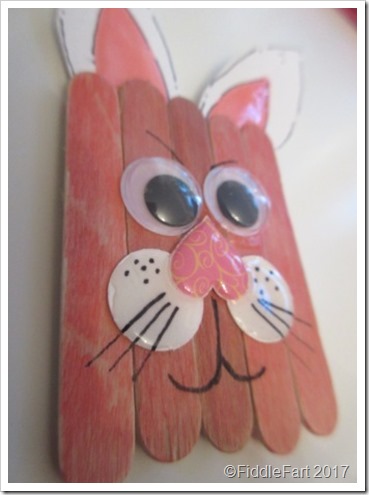