This is an idea I have been thinking about for ages, in fact I bought the walnuts last Christmas, I just never got round to using or eating them, but this year I am starting early with my Christmas crafting. 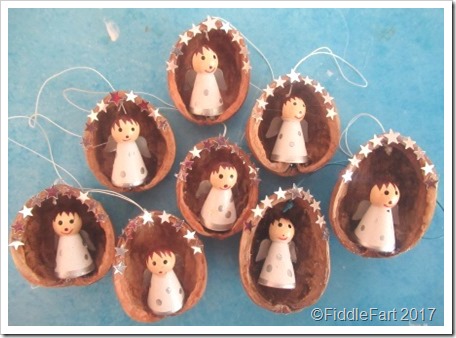 I got the idea from Pinterest and really, for my version, there’s not an awful lot to them. All I used were walnut shell halves, angels taken from a charity shop find, some strong white cotton thread, a  few stars and E6000 glue. 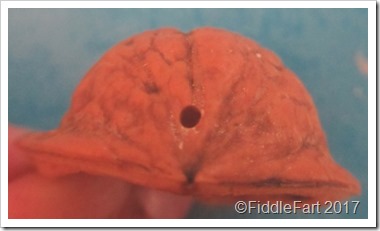 After halving the walnuts and removing the contents I drilled a hole in the pointed end of the shell. I then threaded the cotton through the hole to hang the decoration from, this was the most fiddly part, and made my eyes cross even more than usual! 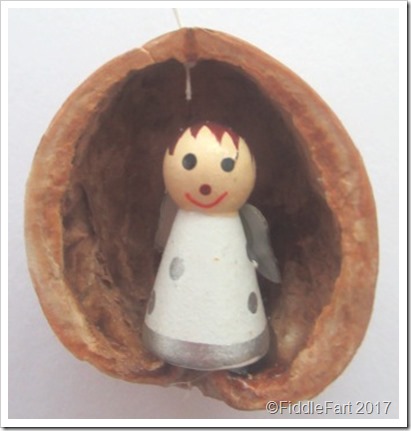 Next I glued the angel in the middle of the shell using E6000, because I needed a really strong bond. 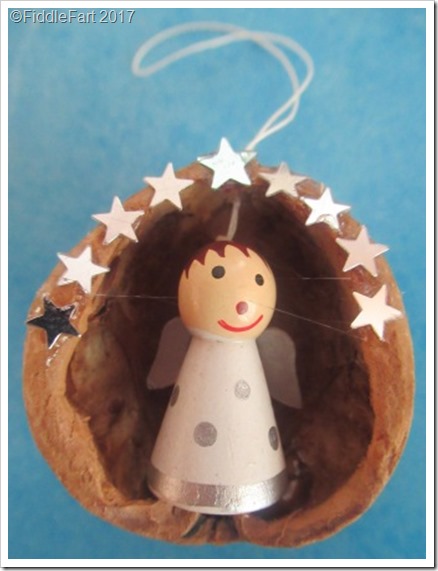 And the finishing touch……  a bit of an after thought, adding tiny silver stars around the top of the shell.  The top middle star is ever so slightly bigger than the others. I glued them with E6000 because PVA didn’t stick them securely enough.
Et voila!  I am now bursting with ideas for what else I can put in other shells, I am thinking ….. nativity scene made using Fimo, so be prepared for my crossed eyed look to continue for a while!
Posted by Its All Fiddle Fart at Wednesday, August 09, 2017 3 comments: