This card is A5 in size and is made using a white linen effect, hand cut card blank. 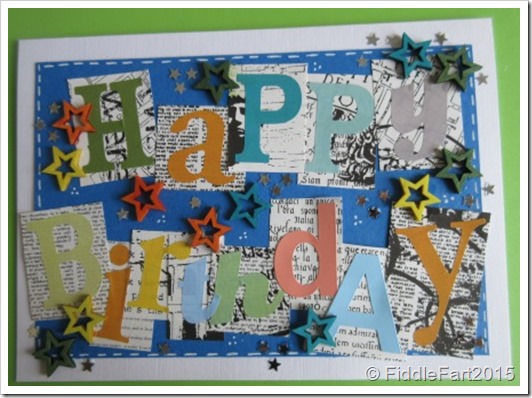 This card is a bit of a dogs breakfast because I needed to make it in a hurry and it looks like I have thrown everything at it!  I know I could have just gone out and bought one, but I am being very tight at the moment and why spend a stupid amount on quite a plain an ordinary shop bought one, when I have a room full of bits to make one ….. so, in the end my meanness made me find the time!!! 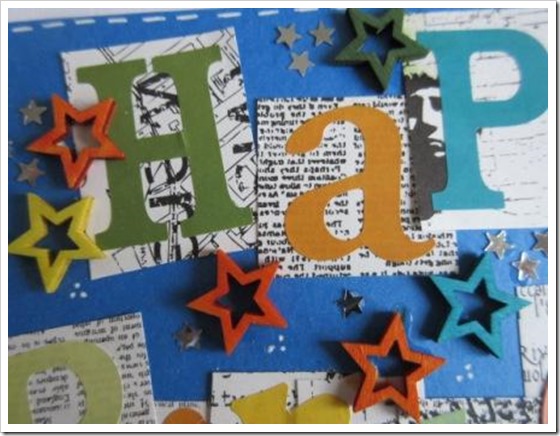 I used a plain blue paper for the background and simply edged it with faux stitching using a white gel pen.  The self adhesive letters are just a random selection from my box of alphabets, quickly assembled in the hope that I could fit them across the card when backed on the Papermania text printed paper, it was a squeeze, but I managed it without too much fiddle fart! 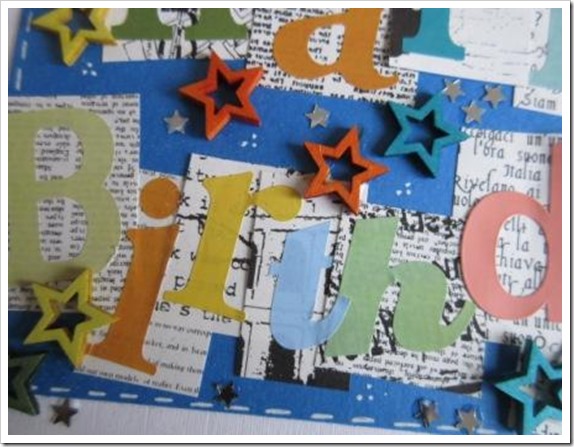 Once the letters were placed, the “empty space” annoyed me ….. stars were an obvious choice, but large metallic ones looked flat and lacked texture, so in the end I plumped for some wooden stars from Paperchase, and then added the small metallic stars after, which I think worked. 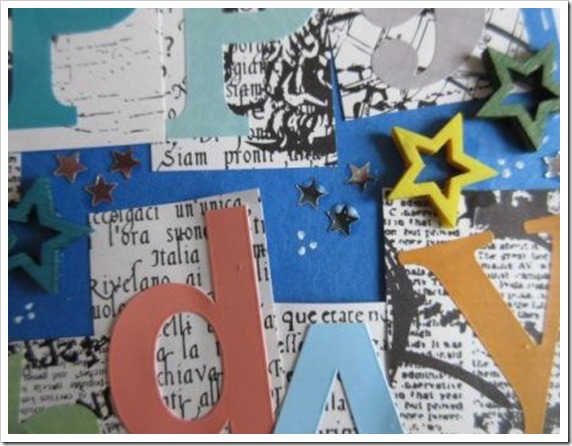