As I said a few days ago I am really impressed by the ideas in the current issue of Simply Homemade magazine, so much so that I have been playing ……….. 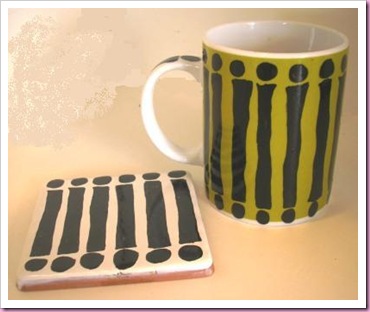 I loved the Painting by Numbers ideas, about painting plain white crockery, something I have done before, but the article rekindled my interest and as I already had some Marabu Porcelain Painter pens, a plain mug and a tile I was ready to go. 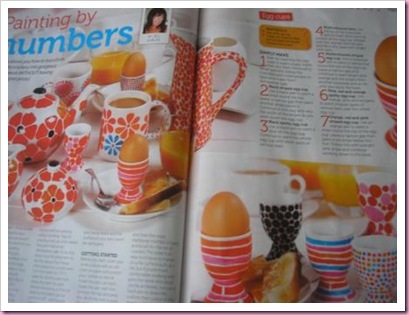 Although the mug I had (50p from Morrison's) was already coloured, I thought it wouldn’t hurt to see what it would like painted and the tile was out of the garage left over from our shower room. 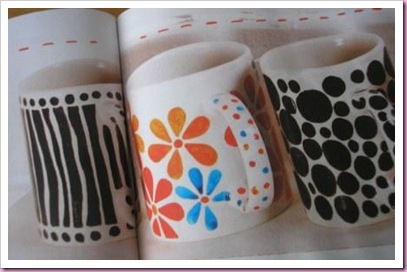 Rather than do my own thing, I copied one of the mug designs used in the article as best I could and then repeated it on the coaster/tile. The project took me no more than 20 mins (plus another 30 mins to  bake in the oven) ….. 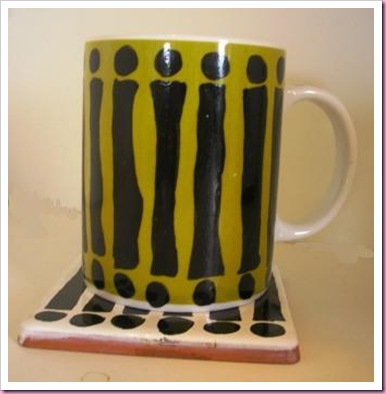 I am dead chuffed with the result, even The Duke (Mr Fiddle Fart) remarked that he liked them ….. and he rarely comments about the things I make!
Posted by Its All Fiddle Fart at Wednesday, September 28, 2011 4 comments: