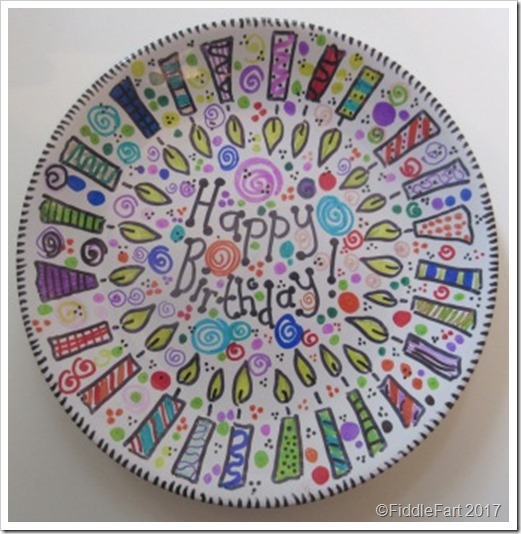 This plate, originally from Ikea measures 19.5cms in diameter, so I would think I would probably describe it as a large tea plate. 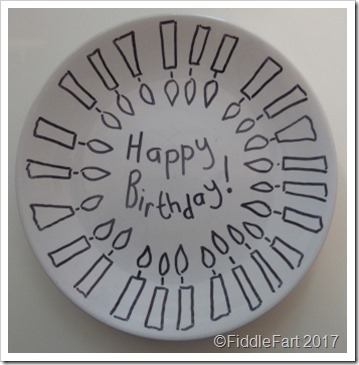 There’s not a great deal to it really, I started off by drawing the basic design on the plate with a black Sharpie pen …….. 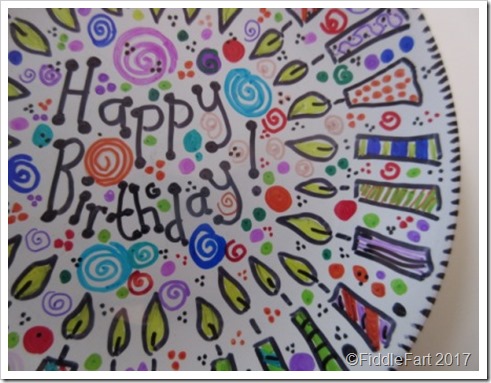 ……. and then gradually filling it in with all the other Sharpie colours I have, adding random doodles and and spots as well as filling in the candles.
Before baking in the oven I let the plate dry thoroughly about 48 hours to make sure it was really dry, then I baked it slowly in the oven at 130c for two hours after reading several articles on the net on the best ways preserve/secure the ink from the rigours of washing up - http://www.destinationdecoration.com/the-ultimate-guide-to-sharpie-mugs/ 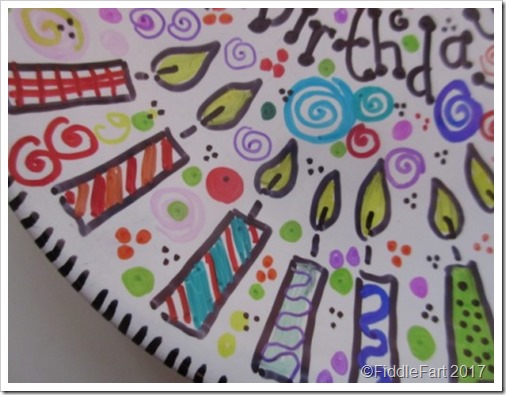 Post Note: I had to experiment with the baking time and temperature of this plate after the ink failed to adhere on a previous plate.  I increased the temperature between 180/200 in an electric oven, baking for about two hours. The ink set ……. but the colours faded considerably, as the picture below illustrates. 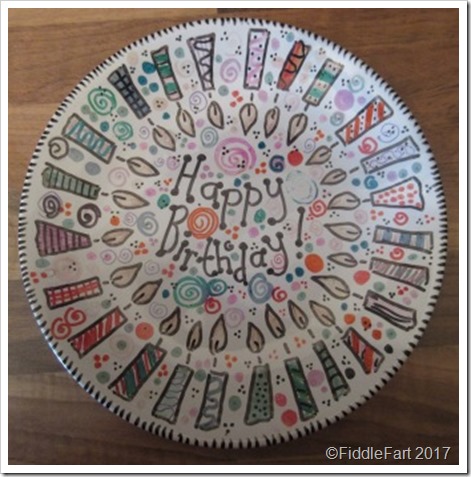 Me thinks more experimentation needed …… perhaps a high temperature but a lot less time? I won’t let this beat me!