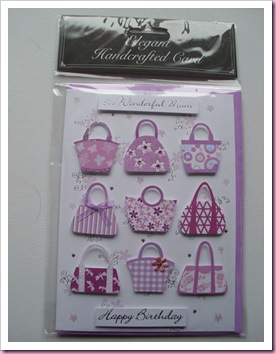 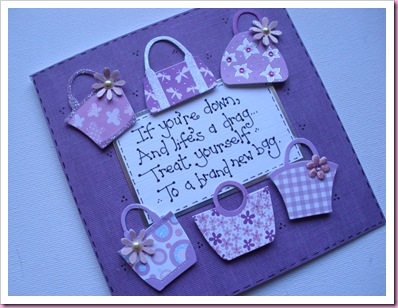 When I first bought the card to disassemble, I envisaged using just one bag per card,( I thought nine  handbag embellishments for £1 was good going),  but I got a bit carried away and used six instead, not such a bargain!  But I still have three left, so I will now try and come up with an idea using just one at a time.
I’ve handwritten the little rhyme, if you write at jaunty angles it looks like it was meant to be that way, trying to write in a straight even line is a nightmare so I don’t even try.
Posted by Its All Fiddle Fart at Sunday, August 01, 2010 7 comments: