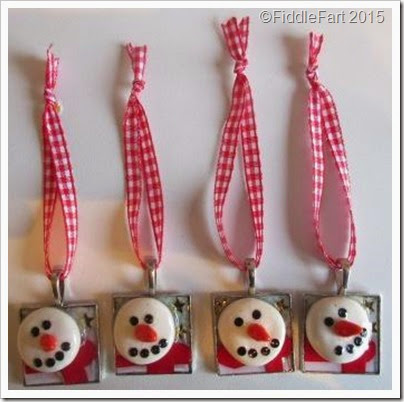 Can’t believe how into Christmas I am, but I am hoping to do a couple of craft fayres (something I have never done) in November/December of this year, and I want to build up a stock very slowly and without last minute panic making. 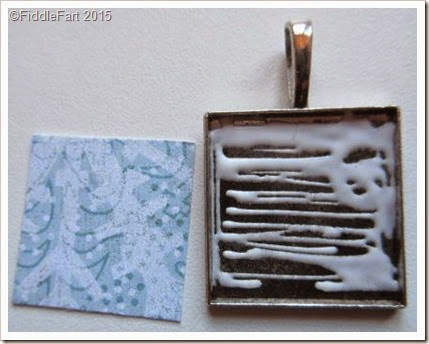 So I took a one inch pendant tray and lined it with a scrap of Christmas patterned paper. 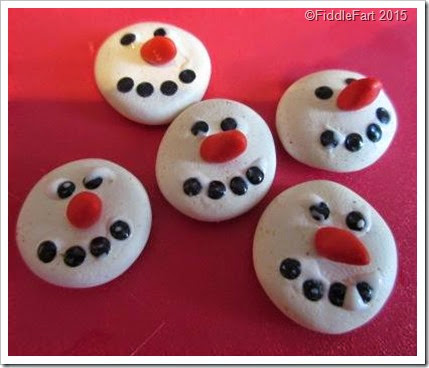 And then made the snowman heads, using orange and white Fimo. Before baking I attached the noses slightly sideways and prayed they would stick firmly together, they did.  When cool I glued tiny, round, black stickers for the eyes and mouths.  I could have used black Fimo, but one black smudge and the white Fimo would be ruined, and I am not the neatest worker. 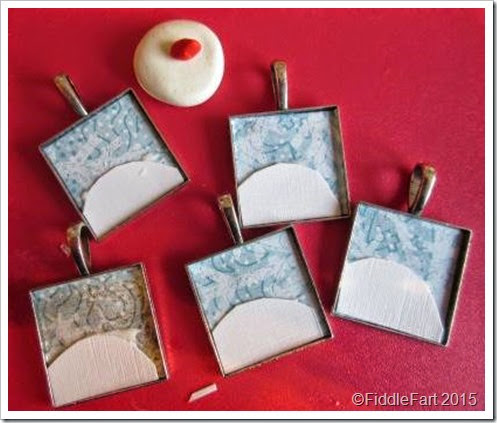 Using a head as a size guide I added snowman's shoulders to the tray, and then red scarves using scraps of card (sorry no pictures, I was concentrating so hard, I forgot) 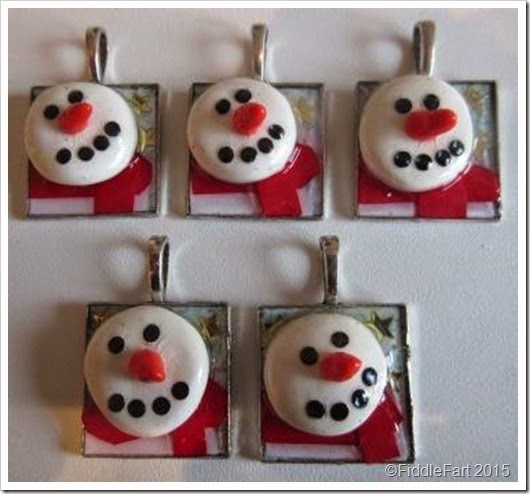 With the scarves in place I added the finished heads gluing them with E6000 glue as once set they would be unlikely to budge. I also added a few tiny gold stars in the background. 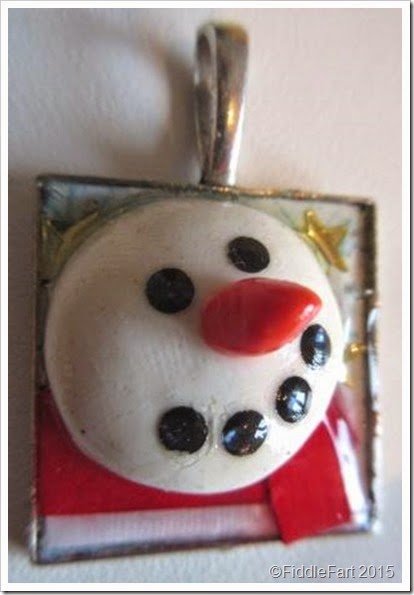 When the E6000 was set I filled the trays with two layers of  Aleene’s Jewellery Pendant Gel (letting the first layer set first), the second layer filled the tray to the top and added extra depth.  I also painted the snowman's face with the gel to add a glazed look to it.

The final touch was adding the gingham ribbon to hang the decoration, but I am a little undecided, I am not sure about the bow ….. I am a huge advocate of less is more, but if I were to put these on a craft stall do the bows add a little something else????
Posted by Its All Fiddle Fart at Friday, January 09, 2015 7 comments: