At last, ..... my first Advent Calendar of 2019 is finally finished. Let’s just say it’s taken an awful lot longer than I had anticipated, almost four months, my excuse, I’ve just been too busy with doing other things. 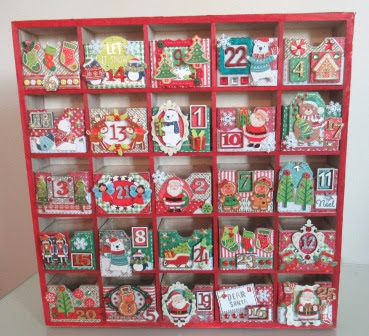 Once all the drawers were done, it was time get the drawer frame decorated. 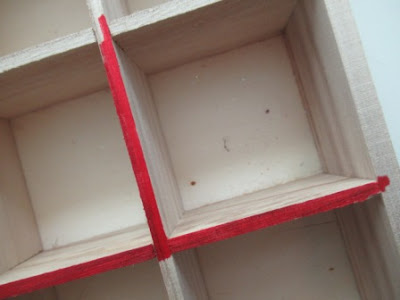 I used a red Sharpie pen to colour all the dividers and edges, hoping and praying that it would hold out to the very last slat and not dry and fade on me.

To cover the sides and top I used a patchwork of the paper scraps I'd used on the drawers. These were then varnished with a clear gloss varnish about three/four times with faux stitching added using a fine tipped black permanent pen to outline each scrap when the varnish was dry. 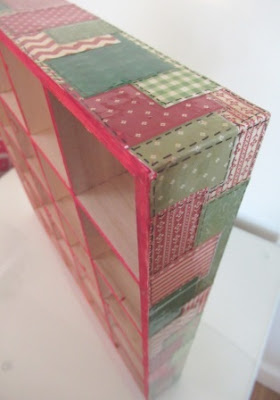 The only slight problem I found was with some of paper/card holly leaves I added that were placed slightly over the edges of some of the drawers, they were a little fragile and tore, so when I do make another calendar (????)  I intend to use a stronger, plastic confetti type holly that I have squirrelled away somewhere. 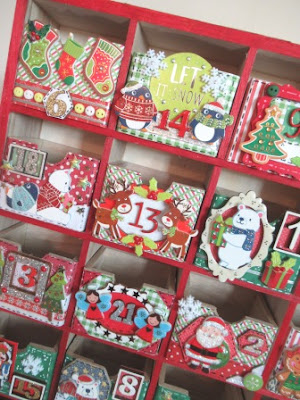 This calendar is going to be put away until 1st December and then given to my neighbours across the hall, who are expecting their first baby in September, hopefully it will be used year after year, becoming part of the babies Christmas traditions. 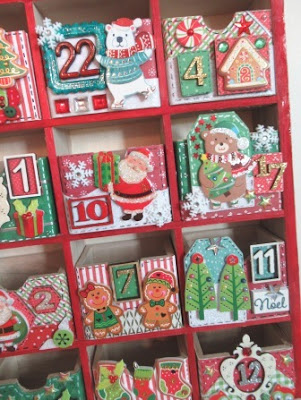 I have another set of this type of drawer left to do …….. The Works - £15 so not a cheap project. I just need to work out what basic colour to go for and then what embellishments I am going to use, at the moment I am thinking perhaps wood or plastic, as they will definitely be more durable over a period of years. 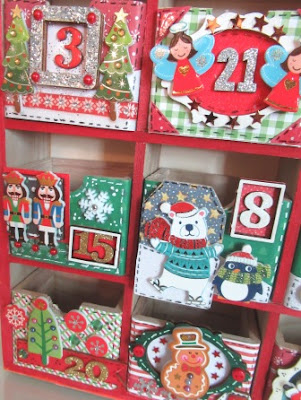 The Flying Tiger stickers I have left over from this project will most probably used on cards, as Marc said, each drawer is also a card in the making with a few tweaks here and there ....... 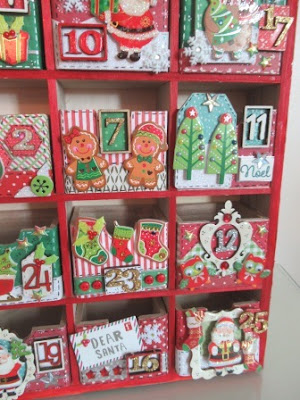