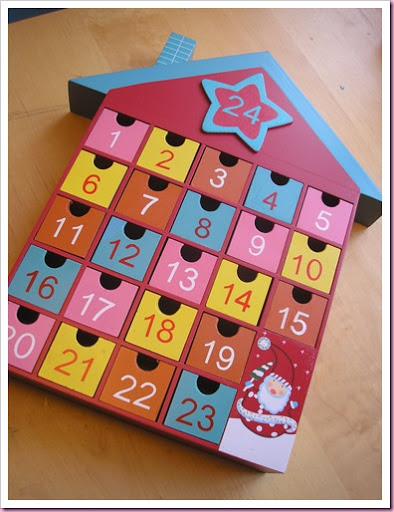 Do you remember back in April when I started to alter my Tesco Advent Calendar House? 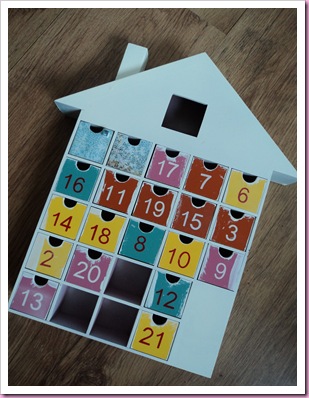 http://itsallfiddlefart.blogspot.com/search/label/Tesco%20Advent%20Calendar%20House. Well progress has been slow non existent, but now that I have started my Christmas blogging,  I thought I had better pull my festive finger out!
The last time you saw this project I had just spray painted the body and had sat on a very hot April Saturday afternoon giving the drawers two coats of paint by hand. I have a very low boredom threshold, so after doing five my gums were itching, but I persevered.
Choosing a theme was hard, but eventually I decided on 'snow and snowmen', with a dull turqouisey blue, white and browny colour scheme basically because I had several sheets of Basic Grey, (BLI –337) Jack Frost – Blitzen left over from another project. This paper was for the front of the drawers, the side panels and the eaves of the house.  I had also worked out how to make the little knobs for the drawers (if you pardon the expression) as I was worried that they might not be that easy to open …… and that’s as far as I got! 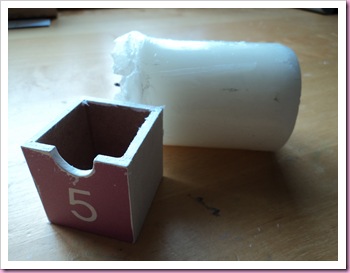 Coming back to the project in September, I found that after two layers of paint the drawers didn't slip out of the house very easily, so I spent a joyous evening rubbing each one with candle wax (a tip I got from UKScrappers) which worked a treat. 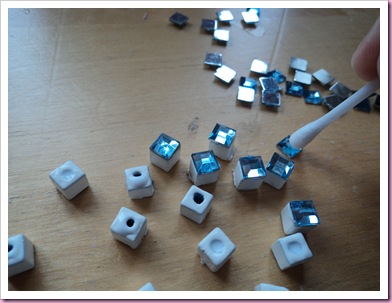 I have also prepared the drawer knobs ……… what a fiddle fart, these were, made using wooden beads from a Poundland necklace that I spray painted white and then glued a flat back gem to what would be the front part, doing twenty three of these sent me cross eyed. 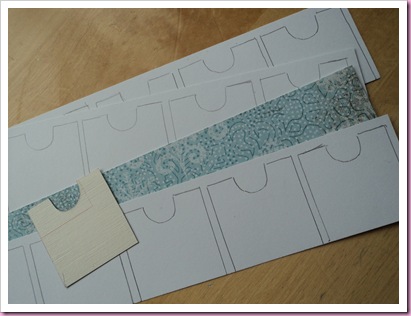 Finally, to the drawer fronts, I made a stencil and cut and glued on twenty-three of the little blighters plus one star shaped one for the top "24th" drawer.. I have covered them with several coats of Modge Podge Sparkle, which has given the house a really subtle, twinkly, magical appearance, something I had hoped for, but having never used this type of Modge Podge before I wasn't sure of it's properties, but when completely dry it does look quite beautiful.  That's it for the moment, I now need to work out how to do the roof ………..
Posted by Its All Fiddle Fart at Monday, September 13, 2010 6 comments: