I was asked a month or so ago if I would be making any of my tiny bottle tree decorations, I wasn’t, but then thought why not? 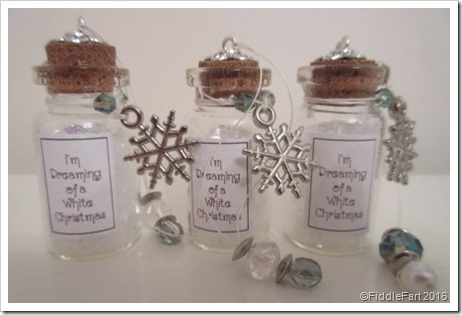 The original version was made in 2014 http://itsallfiddlefart.blogspot.co.uk/2014/11/tiny-im-dreaming-of-white-christmas.html 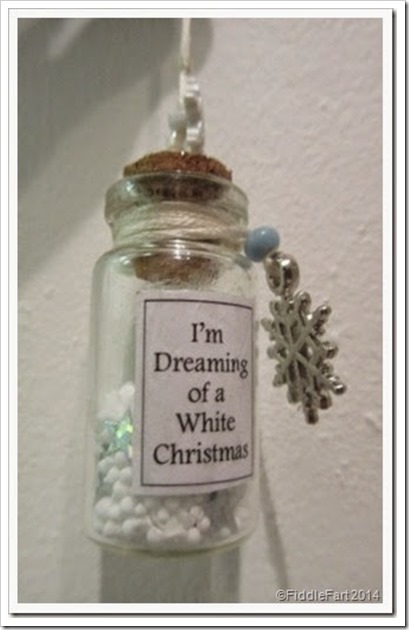 Because I had used up or let go of so much stuff, I had to change the original smaller metal snowflake for a large plastic version, the styrofoam balls for iridescent flakes (The Range) and the beads. 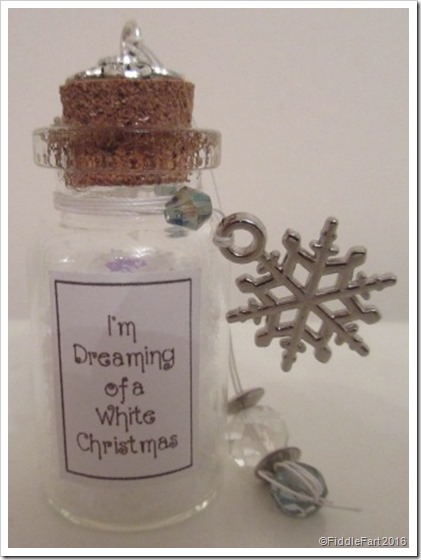 I had also lost the original sheet of labels, so redid it, using a fancier, more flouncy font.  But the basic idea was still there only revised. 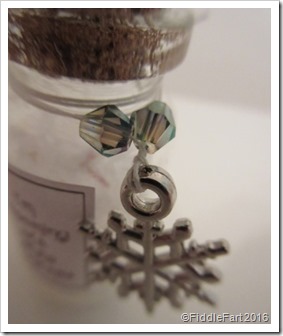 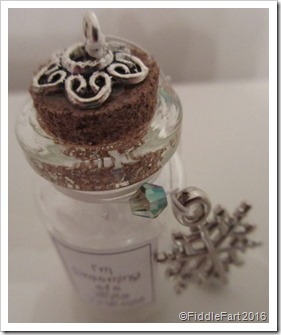 The ornamental hanger is made using a silver, metal spacer bead with a tiny eye pin screwed into the cork. 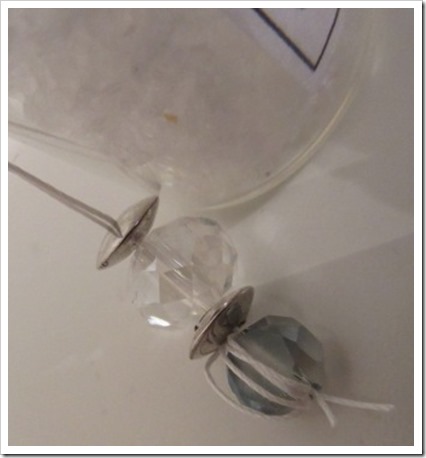 The bottles came from The Works - a pack of 6 costs £1, but I bought in bulk online which saved a considerable amount of money.
http://www.theworks.co.uk/p/craft-storage/72-glass-craft-bottles/kit2
Posted by Its All Fiddle Fart at Monday, November 28, 2016 6 comments: