Can you believe that I made this way back in February, what was I on? This first one was a bit of an experiment, it could have been a little better finished off, but to be honest it’s got just the right handmade feel to it that I wanted. I have made a whole pile of them since, and plan to give them to special friends on December 1st so that they have them to hang up for the whole of Christmas. 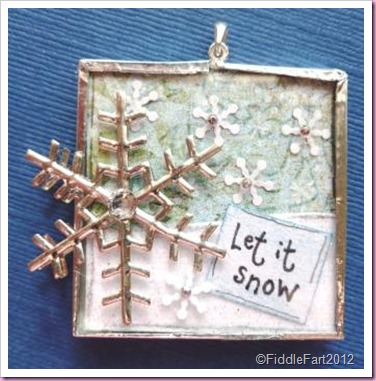 I’ve taken two 1.5 x 1.5ins Ranger Inkssentials Memory Glass slides between which I have sandwiched two squares, stuck back to back of Basic Grey Jack Frost Blitzen paper (BLI-337), so that the pendant has two identical slides. Before sticking the papers together I added a small flat bail between them so a thread can be attached to hang the finished decoration by. I then added a small strip of white glitter paper, a few tiny punched snowflakes and a handwritten “Let it Snow” label to complete a very simple snow scene. 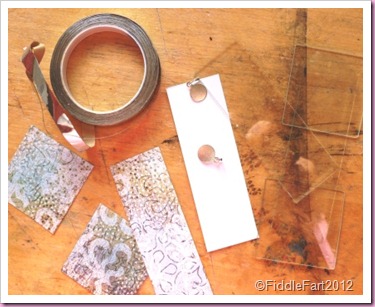 The fiddly bit was sticking the silver ArtEmboss metal foil tape round the edges of the glass, but it wasn’t half as hard as I imagined. 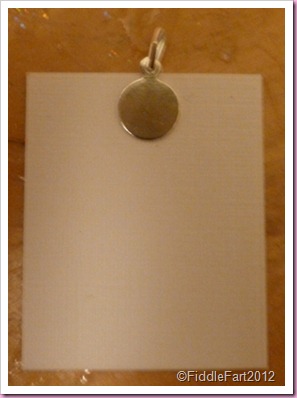 The finishing touches were made using two metal snowflakes from Craft Candy, sticking them on either side, matching up their positions as best as I could. 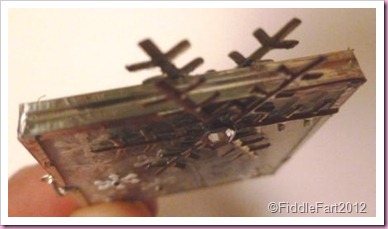 I also added a tiny silver stud in the centre of each punched snowflake on the outside of the glass, for a little  extra dimension and a clear gem on the large metal snowflake. 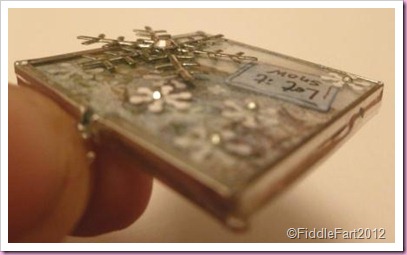 http://www.craftcellar.co.uk/contents/en-uk/d209_artemboss_metal_foil_tape.html
Posted by Its All Fiddle Fart at Thursday, August 16, 2012 8 comments: