I made these embossed snowman tags a couple of weeks ago, but there was something about them that wasn’t quite right, the snowman ……. 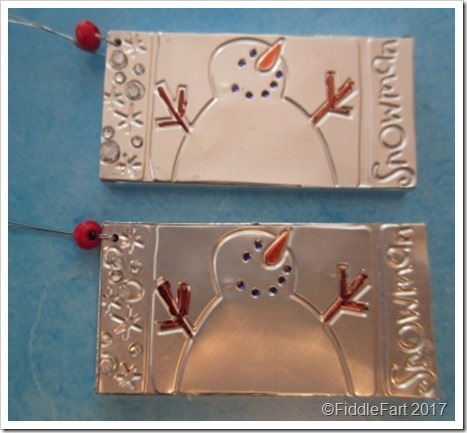 Then, I remembered the white Ranger Enamel Accents I had bought a while ago, dare I risk trying it on the snowman with out ruining him with over fill and/or smudging. 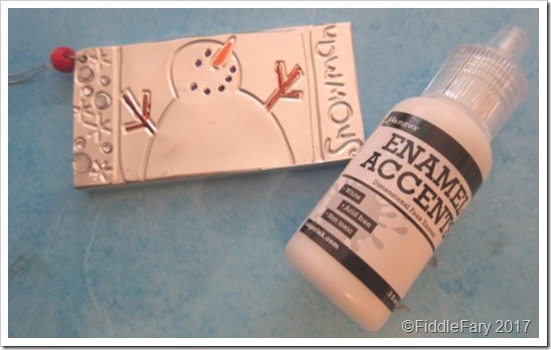 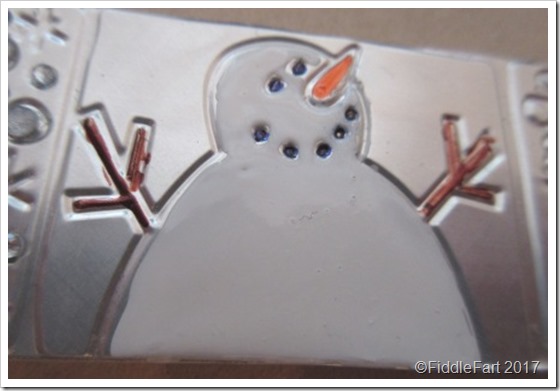 ……. even managing to avoid covering eyes and noses, I was sooooooooo chuffed with the results, this was what the snowman was missing! 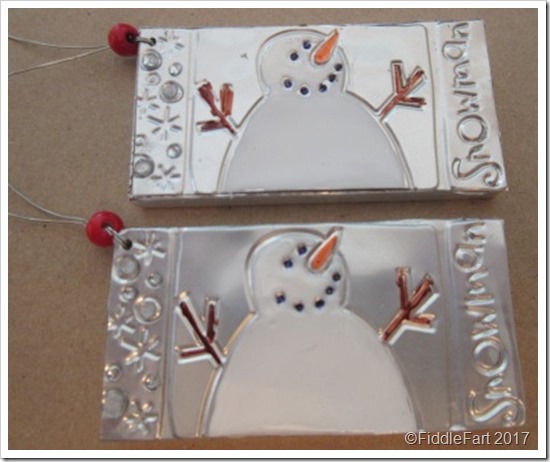 The only thing I would change when I make some more is perhaps adding a snowflake charm to the red bead ….. but, in making more hangs a tale ……..
After seeing such brilliant results I was eager to make some more, cutting up some more empty drink cans and embossing a whole pile of snowmen with my Cuttlebug Snowman Sledging folder, but when I looked in my craft drawers I found that I had run out of the thicker, straight edged type of wooden children’s dominoes pieces I like to use …… aghhhhhh!!!  I do have some others, but they are too thin for the adhesive foil tape to go round the edges, and anyway, in using them, the overall effect would just be all wrong. 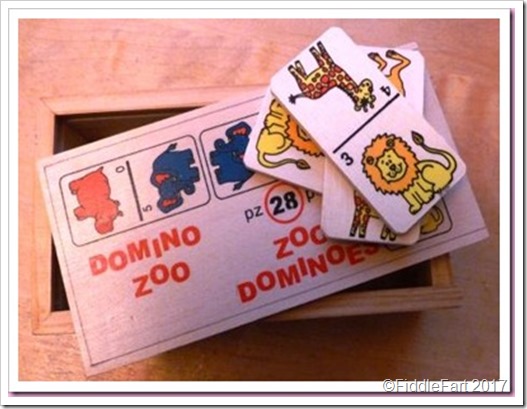 So then I thought, all was not lost, I would be able to pick up some more easily on eBay as I had done in the past, but prices seem to have gone stupid, even in the used department……. so production has ceased until I can find some cheaper ones that need to be .5cm thick, sods law ain’t it, so look out charity shops and pound shops etc. you are about to be plundered!
Posted by Its All Fiddle Fart at Saturday, September 02, 2017 2 comments: