Just as I predicted the Christmas sales are throwing up one or two little things that have inspired me for Christmas future, and so I put up no resistance.  Wilkos started to reduce their Christmas stuff by 50% a week before Christmas.  Last year their range was inspired, but this year it was not so hot.  I kept popping in and although I liked some bits and pieces, not enough to fork out full price for them ….. 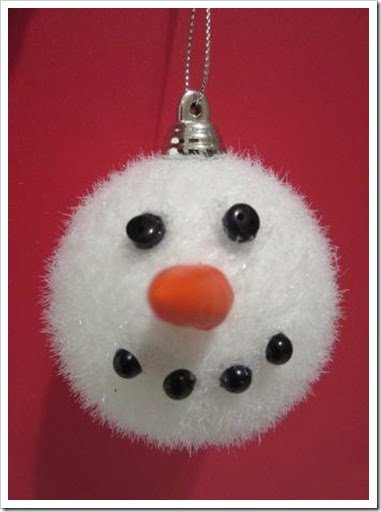 And so that’s how two boxes of six snowball baubles slipped into my basket, reduced from £2.50 to £1.25 ……. as I immediately knew they would be perfect for snowman baubles, much more realistic than the one I blogged earlier.
To make sure the eyes, nose (made from Fimo then baked) and mouth stuck I had to trimmed away a little of the fluff …… I then used E6000 glue to make sure everything stuck securely (and didn’t dissolve the polystyrene under the fluff as I had feared it might). 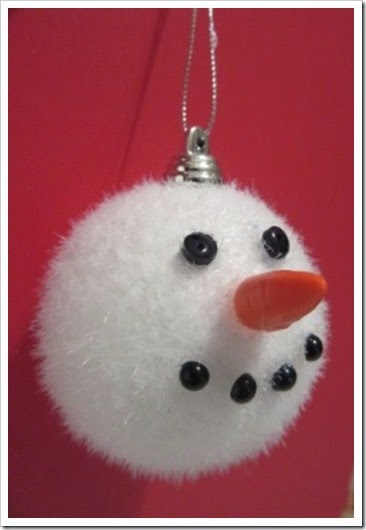 Perfect!  I used tiny black buttons for the eyes on this “trial” run, but I think for the eleven others I will use the same black flat backed gems as I used on the mouth instead.
I also availed myself of two felt sock Advent Calendars (£2.50 reduced from £5), perhaps not to craft with, although I can see the potential for a little more bling on those pegs and perhaps a button or two on the zig zag sewing  …… 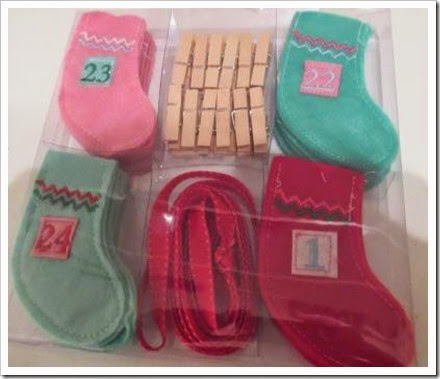 …… which may also have the potential for a little glittering and a few tiny flat backed gems before being used as gift tags perhaps.  So watch this space!
Posted by Its All Fiddle Fart at Sunday, January 11, 2015 6 comments: