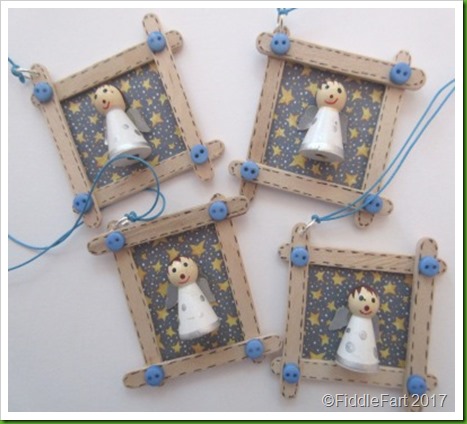 The angels were part of a Christmas decoration, a 99p charity shop find which I bought and disassembled just for the twenty or so angels. 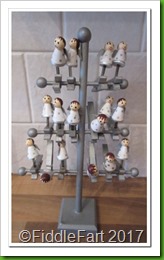 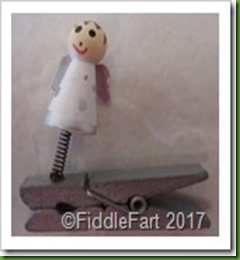 I didn’t keep the pegs that they were attached to as they were past redemption with holes drilled into them, but I still have the tree frame, somewhere.

I made up the frames with a starry background.

I used a black fine liner pen for faux stitching all the edges and then added four tiny blue buttons in the corners. 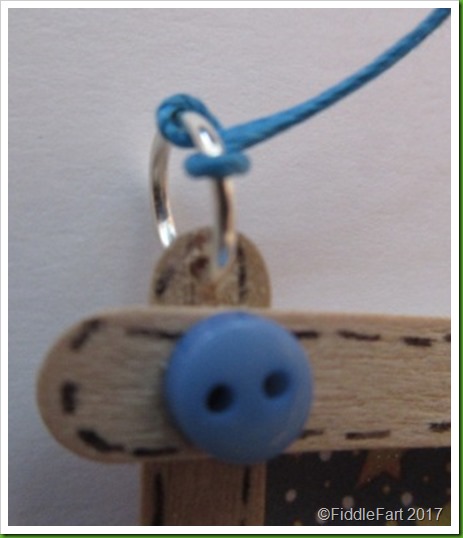 I drilled a small hole in the corner of the frame for a large, silver jump ring for a tying or hanging thread ……… 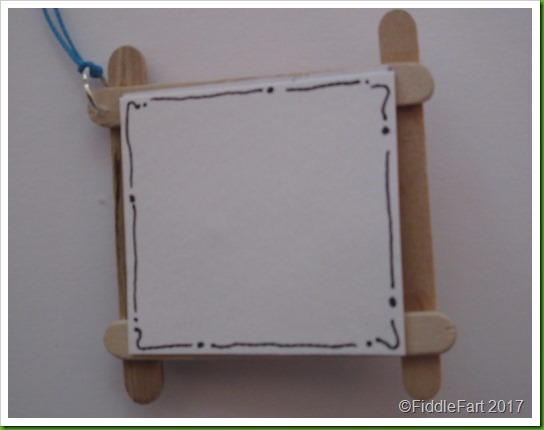 ……. and neatened up the back for a message, if used as a tag.

Not a lot to them, but very sweet and at least I can say that a crafty charity shop was not left languishing in a drawer as so often happens, but was used!
Posted by Its All Fiddle Fart at Saturday, August 05, 2017 1 comment: