Doing The London Poundlands With Marc

I said a couple of weeks ago that I was off to London to see Marc and that we planned on "doing" the Poundlands of London ....... well, we indeed did that.......and said Poundlands were not found  to be wanting! 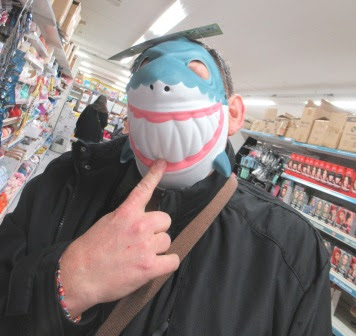 As you also know Marc has always been something of an illusive phenomena far as posting any pictures of him is concerned, but on this occasion he was well up for posing for me!! What is he like? 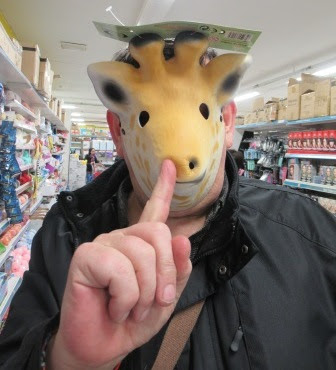 Anyway, we did Shepherd's Bush, Hammersmith and Portobello Road and they did not disappoint. In the past I have said that the Portobello shop is dire, considering it's in one of London's main tourist destinations, but for once they weren't that to badly stocked, and several considered purchases were made, particularly by Marc in the gardening section. 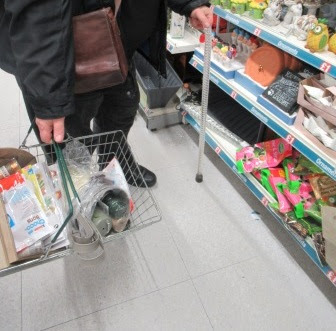 When I got to Marc's flat at the start of my visit I almost cried with laughter as he'd carefully placed four of the zebra head vases with a few daffodils in each around my room after my saying that I really didn't get all the fuss that was being made about getting them on the Poundland Appreciation page on Facebook and that I really wasn't that keen on them ........ 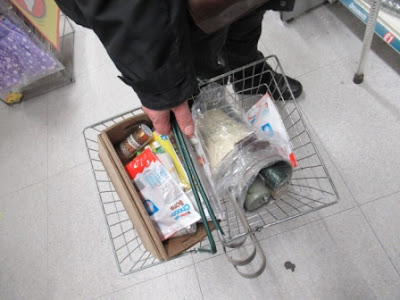 Needless to say, I was won over and one zebra head sort of found it's way into my basket, as well as a (flattened) zebra trinket dish..... what was I thinking? 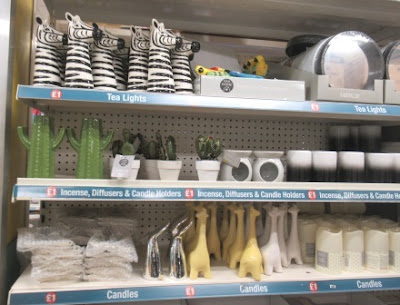 Marc took a fancy to several of the crackle effect giraffes, but the see no evil, hear no evil, speak no  evil rabbit garden ornaments remained firmly on the shelf. 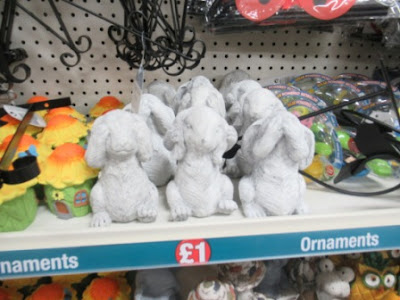 I found a few frames for Iris and Bertie's art work which I will probably share with you when I come to use them and a pack each of the silver and gold washi tape. I was also hoping to find a couple of their lustre ceramic Easter bunnies and/or at least one of their floppy eared soft toy rabbits but they proved to be much more elusive. 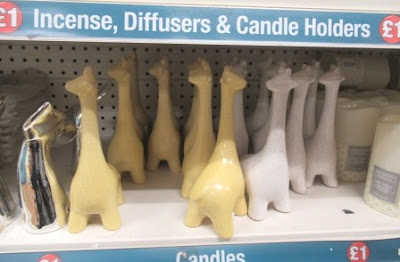 I love shopping with Marc as he really does look at everything and considers all their possible uses, where sometimes I can be accused of just quickly scanning, especially if I think I am already familiar with most of the stock.  Happy Days!