I decided that after the success of my bijoux soirees during the past year that it would be rude not to have another one on my birthday!!!
I must be totally mad as it came slap bang in the middle of what had been and will be a very busy six weeks or so house wise ……. 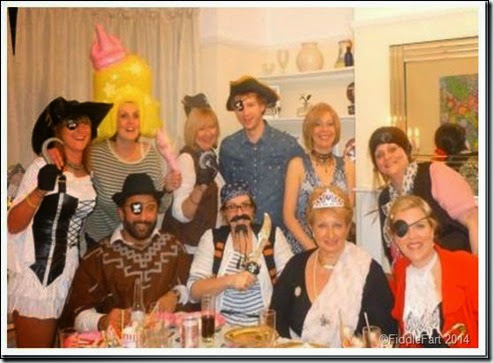 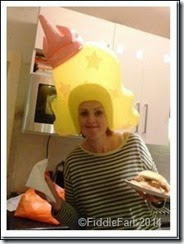 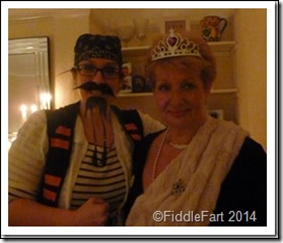 I decided to have a theme ….. Pirates and Princesses, which everyone totally embraced …. 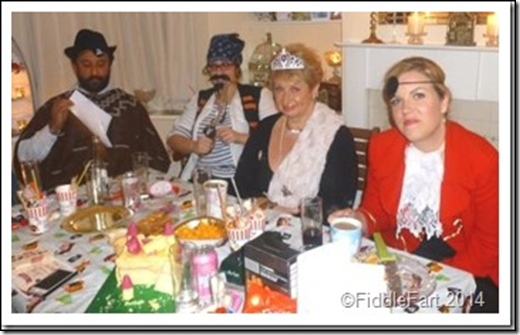 ….. I was only intending on wearing a tiara and a few beads, but when I got wind of much covert whisperings and e-bay bidding, I realised that I would have to up my game and became a pirate princess galley slave….. a sort of Piratical Cinderella!!! 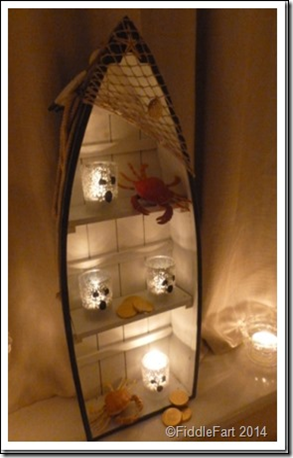 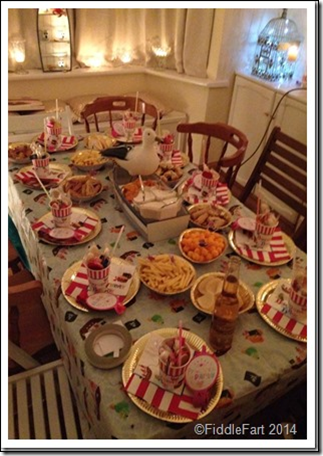 The Poundshop came up trumps with a range of both pirate and princess tableware, and I filled the room with candlelight for a pirate and princess ambiance, using bits and pieces that I had squirrelled away ….. like my faithful seagull!  I also made everyone a pirate cup of treasure containing all sorts of tut from skull lollies to chocolate coins and glow sticks. 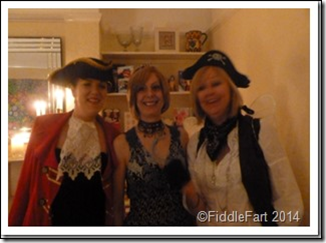 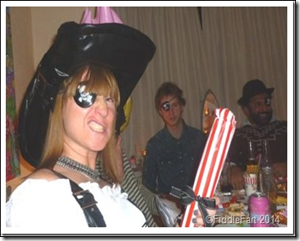 Everyone bought a “crap” pound present, which were then all put in a pirate swag sack for everyone to take an erm….. hilarious “lucky dip” from during the proceedings.  We feasted on hot pork or beef baps with stuffing and gravy and sauces ….. hearty pirate finger food, which I think some of the daintier princesses struggled with!!!! 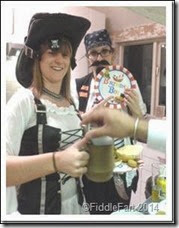 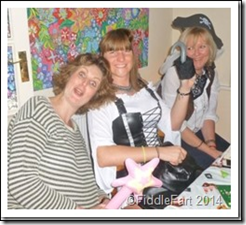 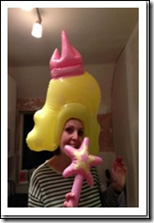 And then to top it all my friends Steph and Becks had arranged a Princess cake!!!!! It was a wonderful night filled with so much loud, raucous laughter I am surprised the neighbours didn’t come round to complain ….. and I felt very blessed in a Hello Magazine way that I have such a wonderful band of friends who are soooo rude, and funny and soooooo very special! 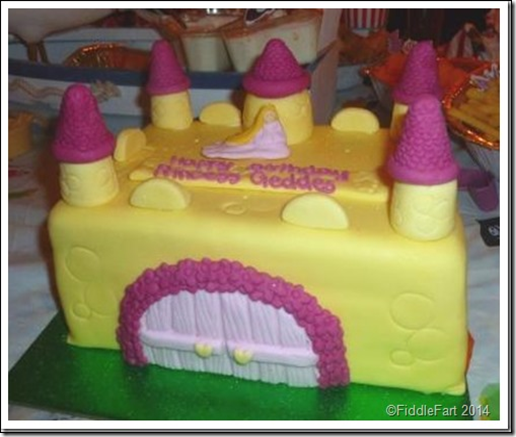 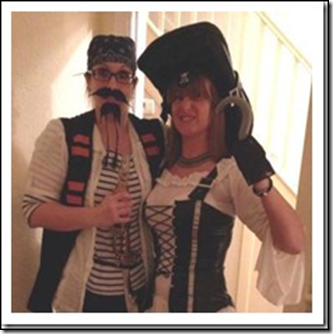 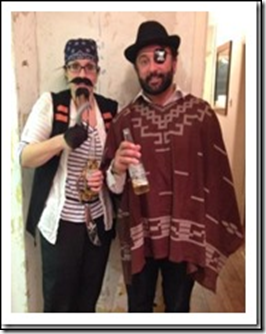 And my next soiree? ….. Everyone loved their pirate outfits so much they want to keep on wearing them …… so I am thinking along a fusion Pirates Meet The Easter Bunny theme!!!!!!
Posted by Its All Fiddle Fart at Monday, January 27, 2014 7 comments: