Stickybeaking In My Festive Boudoir

When I first moved in, my boudoir had a huge mirrored wardrobe on the wall where the bed is now.  It was bloody ugly, and despite agreeing to buy it as a fixture/fitting, it just had to go! 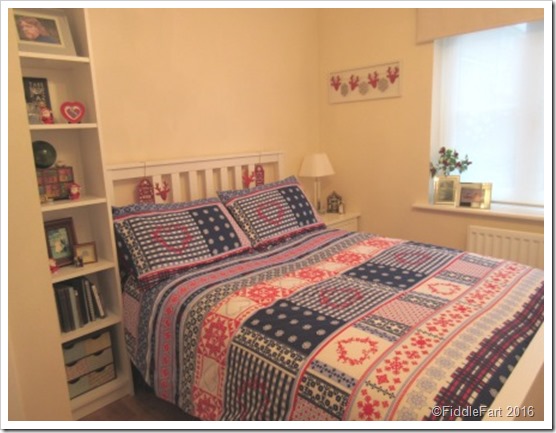 Again, the walls of the room were changed from white to calico, and the cream carpet ripped out in favour of a wooden oak floor.  I put a sheer blind on the inside of the window and a cream linen effect one over that on the outside of the window  frame. Both bedrooms are at the front of the flat so having sheer blinds fitted were a necessity for privacy. 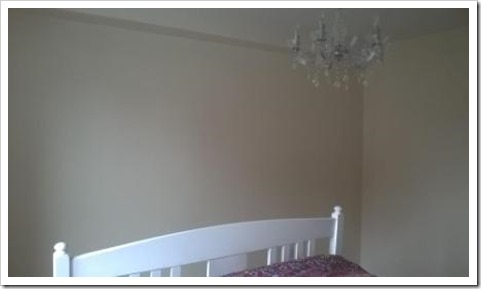 The chandelier was the only light fitting I bought with me.  I did bring my beloved, vintage bedframe, but again, as soon as it was put together it was obvious that it had seen better days and just wasn’t right, so it too, like so many other things, bit the dust! I then had a long wall to fill, I could have gone to Ikea, but my brain must have started to get ‘addled and it was too complicated for me to work out, so I called a local carpenter and he designed and built me my beautiful wardrobes and drawer unit. 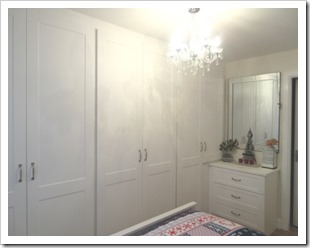 I knew I wanted shaker style, in matt white, and Pete Vale came up with exactly what I wanted.  I was so pleased he is now doing some compartment shelving in my spare/guest room in the New Year.  I have had to wait for both jobs but he is worth it!  The large mirror over the drawers was originally on the chimney breast in my lounge in Wolverhampton, it survived the cull, although I didn’t have a clue where it would go, but  when I saw how it “mirrored” the lines of the wardrobes perfectly, it was a keeper. 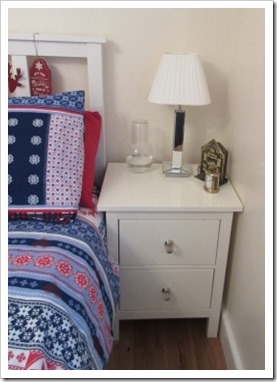 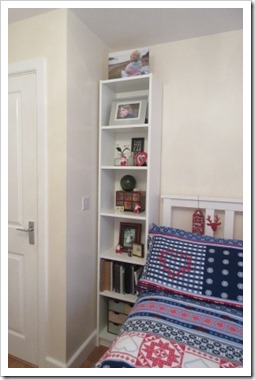 The bed is from the Ikea Hemnes range, as is bedside drawer unit.  Unfortunately there wasn’t enough room to have a set of drawers on both sides of the bed which is what I originally wanted, so I bided my time for a while, before deciding that an Ikea Billy bookcase would make an excellent substitute. I liked it because it was deep and taller than average, offering me even more storage, I don’t think you can ever have enough. 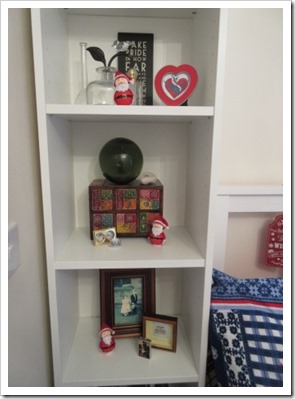 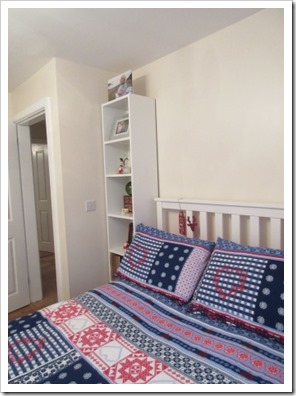 The room is cool, calming and very relaxing, nothing shouts at you, but I can then go OTT with a variety of  brightly coloured bedding and cushions that change the look and mood of the room completely. I think the festive Nordic style bedding has made it look another degree cooler. 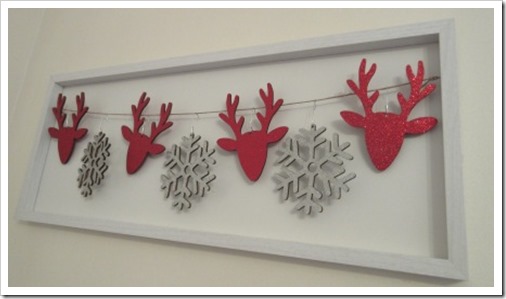 I have changed the look of the open photo frame on the wall, usually it has photo’s and souvenirs of my visit to the Gold and Silver Pawn Shop in Las Vegas, but for Christmas I have swopped them for glittery wooden snowflakes and reindeer heads. 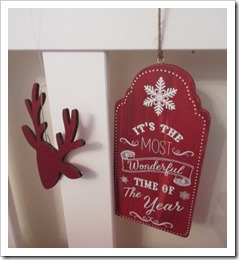 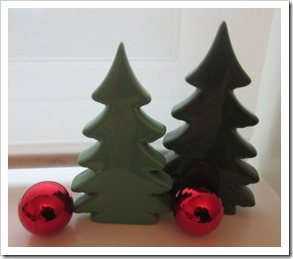 I’ve also added a couple of reindeer and wooden tags to the bedhead, ceramic Christmas trees from Tiger on the window sill, red tealight glasses on the drawers, some little Santa’s on the bookcase shelves and some holly here and there, I love a theme!  And then, after Christmas it will look completely different again! 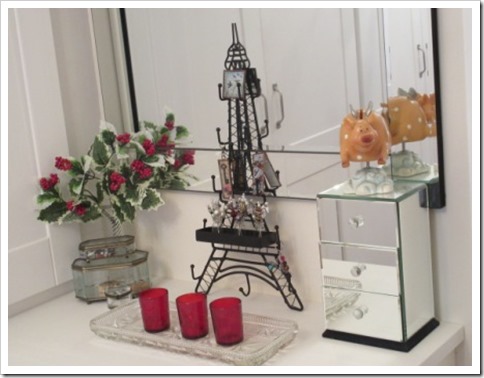 On the drawers I have some mirrored drawers and glass boxes, presents from Marc, and a charity shop find in the form of an Eiffel Tower, for, I think, hanging jewellry, found in the Salvation Army Shop for £1.99. 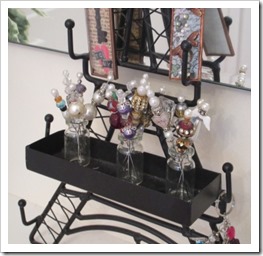 At the moment  it’s adorned with some of Marc’s decorative pins and a few mini picture frames I’ve made.  I not sure it will be a permanent fixture, it might find it’s way into the spare room yet, but for now I love it where it is.
Posted by Its All Fiddle Fart at Monday, December 26, 2016 4 comments: