I’ve had a bit of a shock!  I’ve had a monthly subscription to download designs with Silhouette for two and a bit years now.  However of late I haven’t been that impressed by the designs so the money in my account had built up a bit.
I’ve had a couple of messages from Silhouette saying that my subscription was due for renewal and offering me a discount code for a further 10% of my downloads. However, I decided not to renew my subscription straightway, but to use the funds in my account over the next few months for any designs that caught my eye.
Imagine my horror when I logged on to find that I only had $0.08 in my account when I thought I had at the very least enough to cover $90 plus in downlads at $1.99 each.!  I am not at all pleased!  Where has my money gone?  I thought it would just carry over until it was all used up!
I have sent Silhouette an e-mail asking what the dickens is going on and will keep you up to date when I get a reply. If anyone has had anything similar happen to them could you let me know please.
Posted by Its All Fiddle Fart at Wednesday, March 09, 2011 1 comment:

This isn’t a finished project, it’s something I made for a friend to put on a baby basket she was putting together. 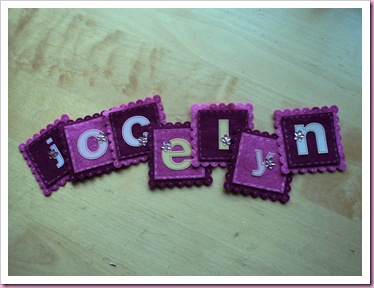 I’ve used fairly small scalloped and plain square dies from two Nestabilities sets.  I don’t use my Nestabilities half as much as I should because the effect you can get from so little time and effort is brilliant. 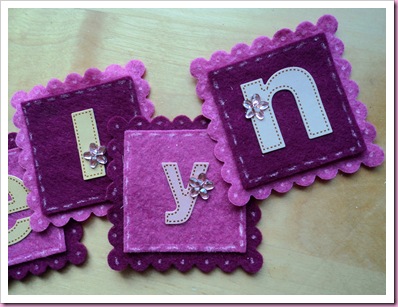 I’ve stuck a plain square onto a scalloped one, and then added different sized/coloured letters from a Papermania self adhesive alphabet set. I have finished the squares off with faux stitching using a white gel pen and a flat backed gem flower on each letter. 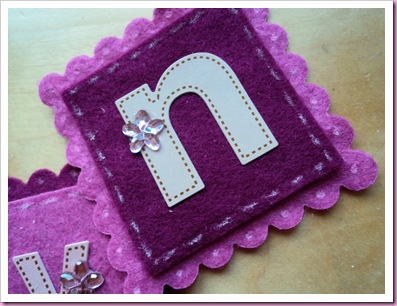 If I had more time, I think I would have punched very small holes on each scallop part to give a lacy effect, but at the time, speed was of the essence!
Posted by Its All Fiddle Fart at Wednesday, March 09, 2011 5 comments: