The Twelve Frames of Christmas – Finally Done and Dusted!

A while ago I set myself the challenge of making up 12 festive patchworks to put in the shadow box frames in my hall, usually they contain mounted insect jewellery, but I thought just for December they should take on a festive look so that every part of the flat is decorated, in as tasteful way as possible!  Kelly Hoppen would have a fit!!!!!!! 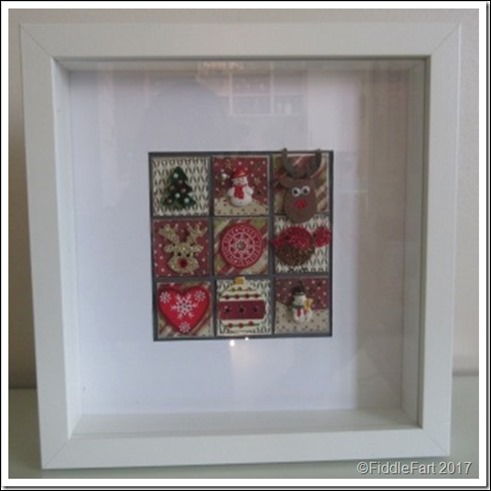 I got the first three done fairly quickly when the idea came to me, and then I left them, but I knew the longer I procrastinated over them, the longer they would mither me, and, if I didn’t have them finished and up on the walls for Christmas as I had planned then I would be really, really cross with myself!. 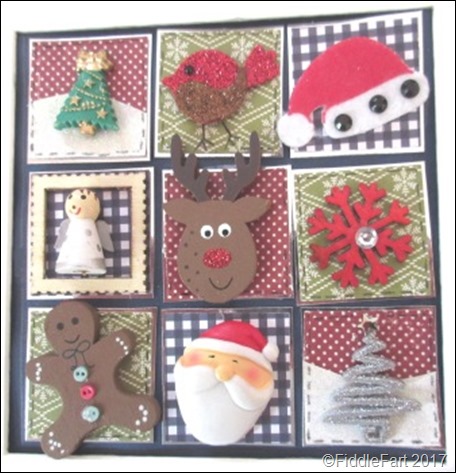 So the other weekend, on my list of things to do, was to get another two patchworks sorted …….. 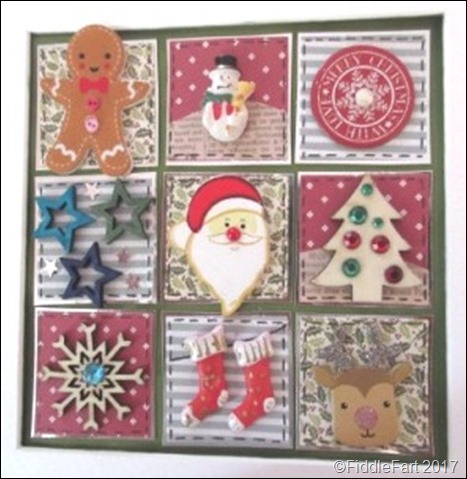 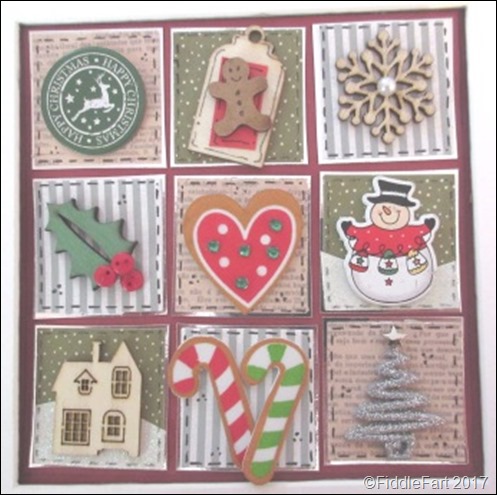 ……. without me getting bored and impatient, which is what normally happens when I have to do something more than, on average, six times. 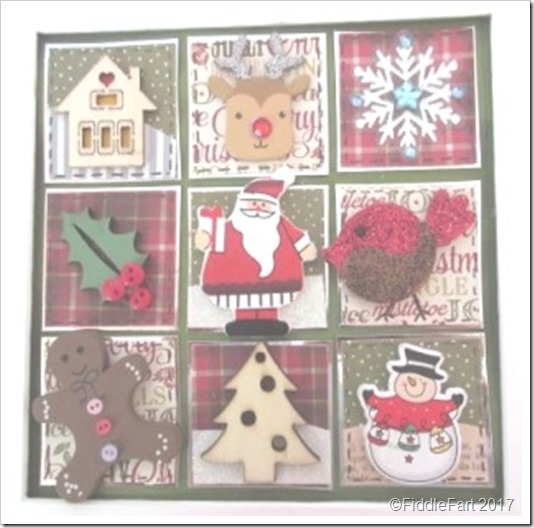 After I had got five done I decided that, come what may, all the rest would get done over the weekend. 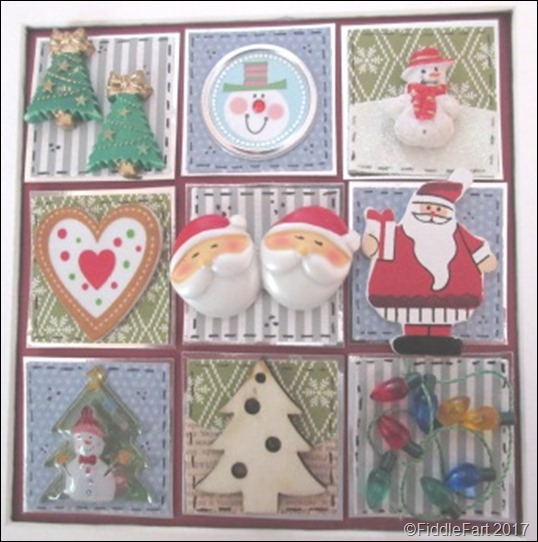 It was an excellent way of finally using up all the small embellishments I had in my Christmas box. 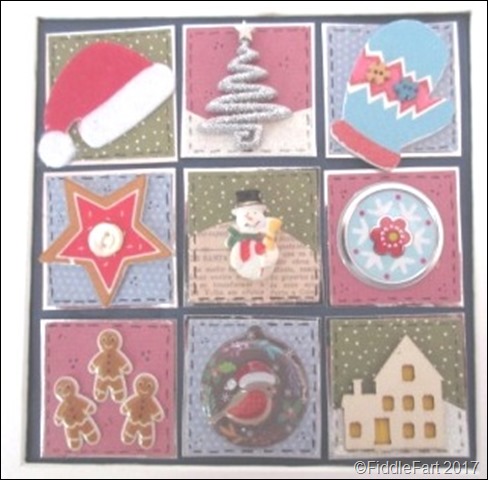 There are repeats of the same embellishments, but by using different backgrounds I don’t think many squares are exactly the same. 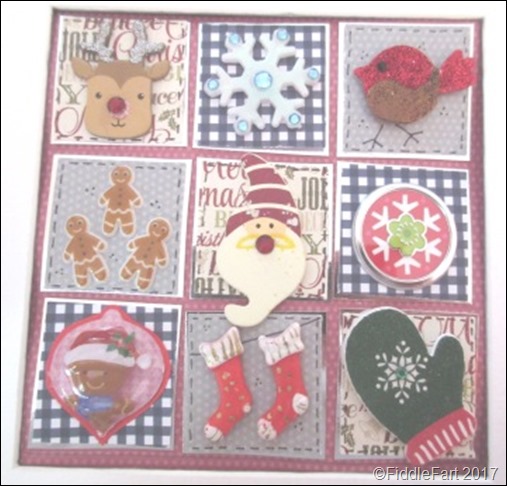 It was quite an undertaking, but they are now done ……. phew! 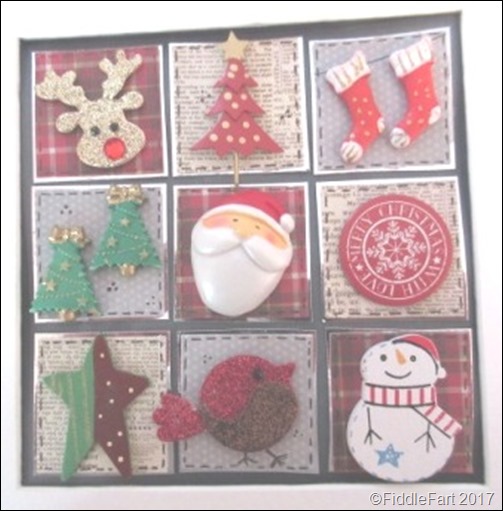 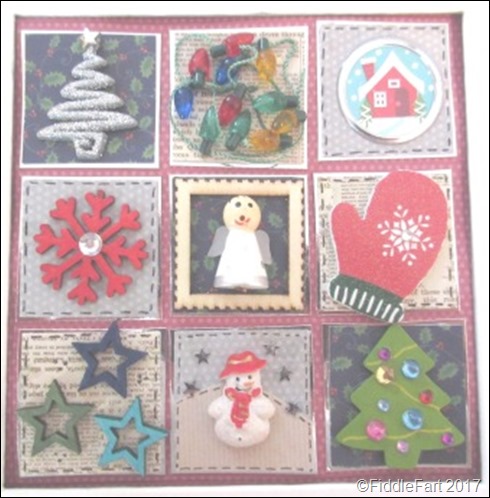 ……. keeping my firmly fingers crossed that bits and pieces don’t fall off in the meantime.
Posted by Its All Fiddle Fart at Tuesday, August 01, 2017 2 comments: