Oh my life……  you would think that I would have making Elizabeth Shaw Mint favours off pat by now,  but making them for Tom and The Lovely Laura’s wedding tables has put me right off kilter ….. 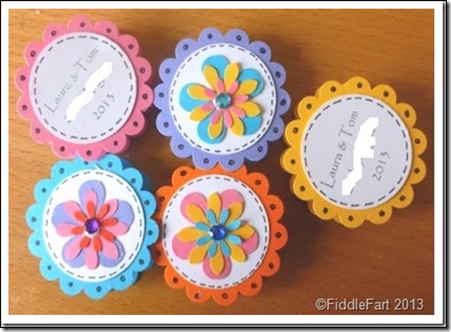 As you may remember, I bought a Foil It machine after playing with Marc’s back in February, but in truth after the initial excitement of just trying it out on a couple of things I haven’t used it for a “proper” project,  that was until I decided that the wedding mints ought to have Tom and Laura’s names and the wedding date on the back …..  in silver! 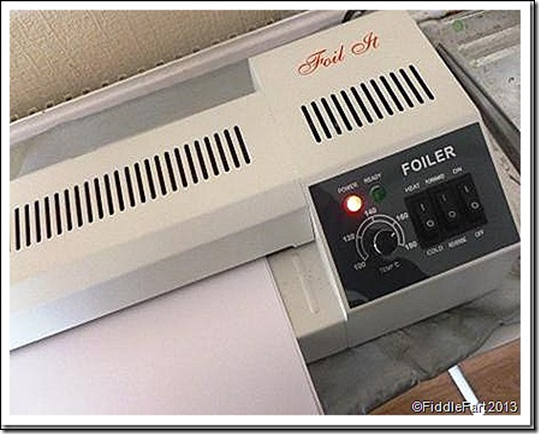 Well …..  I had done the printed sheets ages ago and yesterday was the day I decided to get them foiled …… and that’s where my frustrations began, and it was all my own fault, because I am admittedly a bit of a bodger and have a terrible habit of not reading instruction leaflets properly …..
Firstly, I put the Foil It on way too high which resulted in the paper wrinkling, I now know that  the key to perfect foiling is the temperature,  which, for the materials I was using (140gsm card) is bang on 140. I also learned that as soon as the paper I was using as a carrier sheet for the card showed any sign of a crease I should stop using it and get a fresh piece,  as the creases go through to the sheet being foiled. 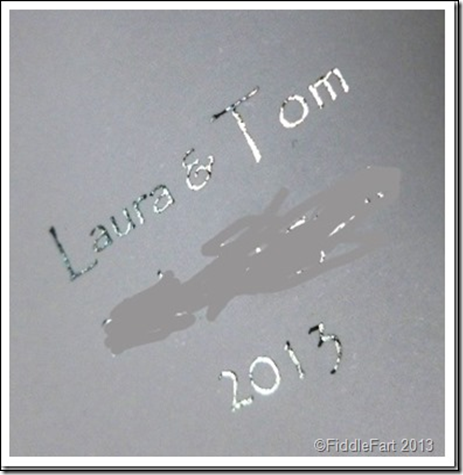 I had assumed that the foil could be used again (perhaps it can???),  but I found that if I did,  it left residue ….. so as a result I had to change my original printed sheets, still getting sixteen “toppers” per sheet but moving them much closer together to the centre to minimise wastage of foil …… This must sound soooooooo long winded, but I also found that it I tried to get more “toppers” per a sheet by foiling one side at a time the card tended to wrinkle second time through, if that makes sense? 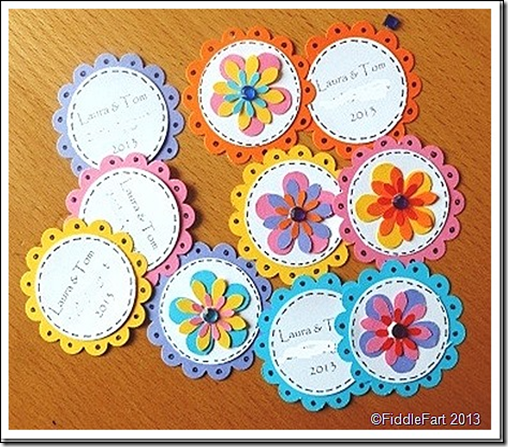 So this simple stage of the “mint production” process took me much longer than I had anticipated, but it did teach me a lot about using the Foil It ….. which,  as with most tools,  is how you get to fully understand them.
The rest of putting the mints together should be a doddle ….. because after a short break the “Wedding Crafters Club” are getting back together, chez moi,  on a Wednesday night to start putting all the other wedding paraphernalia together …………. and….  after the mints cometh the bunting!
For reasons of security I think it’s best to remove the date of wedding from all pictures!
Posted by Its All Fiddle Fart at Monday, April 22, 2013

I think you and I have the same learning style - try it first, and if it doesn't work, THEN read the instructions. Your mints look beautiful and will really add a bright spot to the wedding tables.

I am loving the bright colours.

So pretty - this wedding is going to so colourful and uplifting