Tiny Christmas Tree In A Bottle

As you know I have wanted to make a tiny Christmas Tree in a bottle for ages after stumbling upon them on Pintrest…… and at last finally, look what I’ve done, I am sooooooooo chuffed. 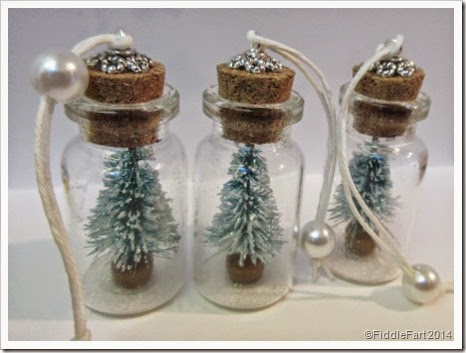 I have been hampered by not finding what I believe are called bottle brushes in UK, I realised I would have to look for the in USA but oh my life the postage when I thought I had found a supply.  Then finally I found some (1in high)on Etsy, with a reasonable P & P and my heart sang!! 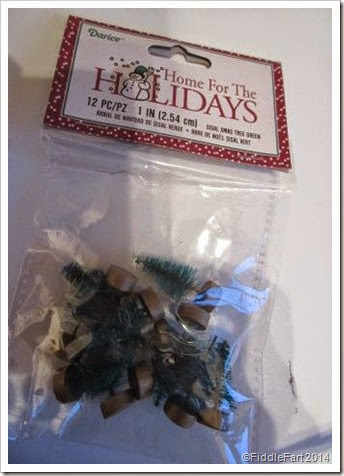 My next obstacle was the bottles and there I had to take a leap of faith, I measured the ones I had from The Works and worked out that they “ought” to fit so bought a few more. 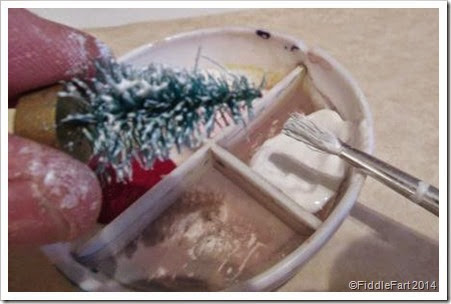 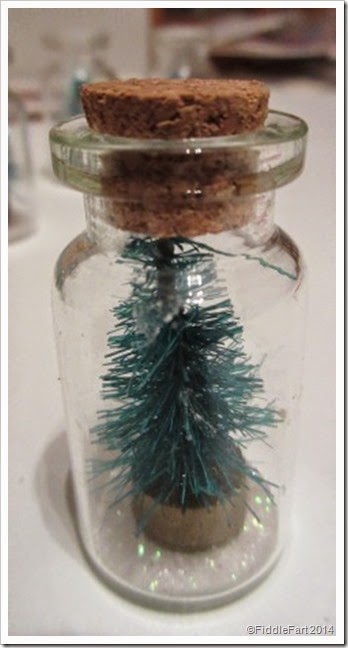 So I started blithely painting and glittering the first twelve trees, with a mixture of white paint and PVA and then a sprinkling of translucent micro glitter 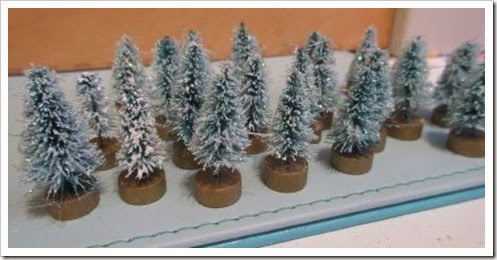 Then disaster struck  ……. after putting a circle of white glitter paper inside the bottle, to look like snowy ground, (a very fiddly task), and the trees were dry,  I attempted to one into a bottle …… only to find they just wouldn’t go beyond the neck of the bottle, no way would it slide in …. the first one must have been a fluke!!!!  I was distraught! But I was determined I would not be beaten. 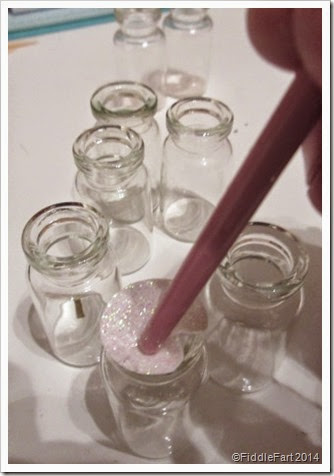 Then I had a eureka moment and removed one of the tree bases and replaced it with a wooden bead …… it worked and still looked in proportion!  So all bases were then duly replaced …… 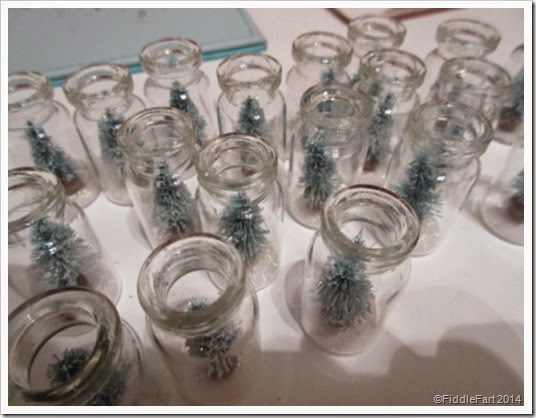 Putting the trees wasn’t a problem, I used E6000 glue on the bottom, but had to keep checking as it dried that the tree didn’t lollop to one side …. so had to twiddle with them every so often to make sure they were centred. 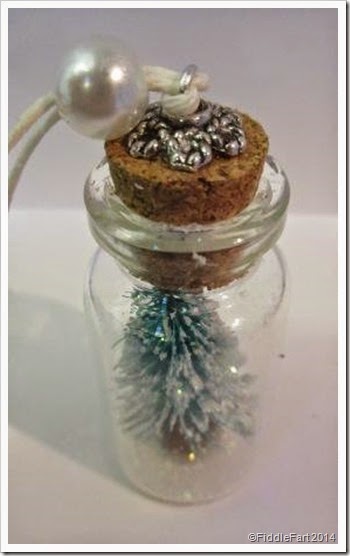 While they were drying I got on with the corks, simple gluing on a decorative spacer bead and a tiny eyelet.  It was tempting to add something round the neck of the bottle but that obscured the view of the top of the Christmas tree and that was what the idea was all about, so in the end I decided that a pearl on the hanging thread was enough. 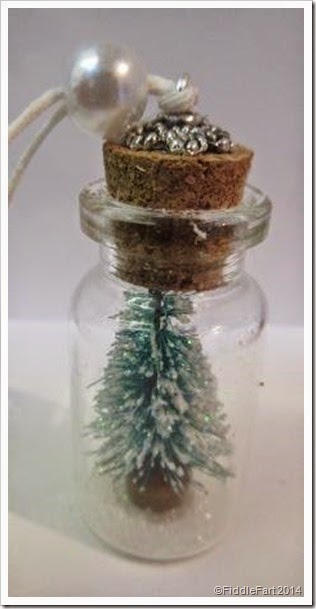 So there you are, I have finally made something I always wanted to make but didn’t have a clue how to ….. I will give the bottles (if I can bear to give any away) to special friends instead of a card, cards are usually discarded after Christmas, but this token can be put on the tree year after year.
Posted by Its All Fiddle Fart at Sunday, November 23, 2014

They look fabulous! They will serve as wonderful keepsakes from Christmas 2014. Should you write the year on the bottom of the bottle with a metallic pen?

Aww Helen these are so cute and definitely worth all the effort!
Jacky x

Hi Helen. Love them : ) You must have been so frustrated when you found most of the trees wouldn't fit! The bead works just as well though. Take care.

These are gorgeous!! If ever you decide to start selling your wares........ x