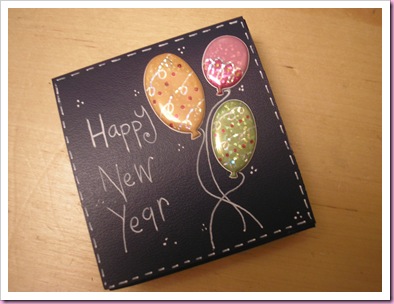 I was thinking about New Year and First Footing and came up with this really daft idea for a New Years Eve favour - as my sister would say “You have too much time on your hands!” 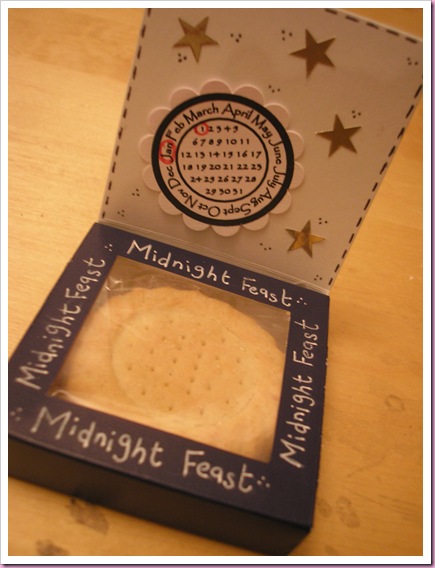 It opens up to reveal a Midnight Feast – in this case two shortbread biscuits, because I always think of Scotland at New Year, but you could put anything you like in with a New Year/Midnight Feast idea 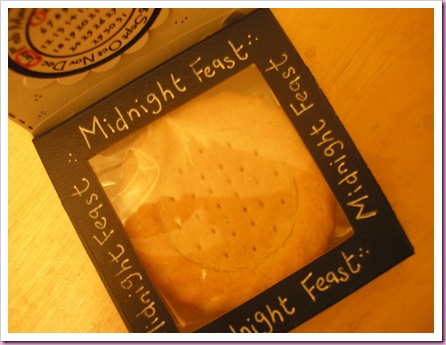 The box is made using my Sizzix Bigz Shaker Box Die (No. 655134) in a dark blue cardboard. I have doodled on it using a white gel pen and highlighted the date on the scalloped calendar tab which is from Sarah’s Cards. 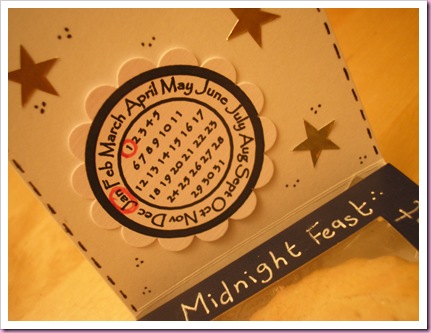 As I said this is a daft idea but I thought it might set other peoples imaginations off……, you could adapt it for a sleepover party for example.
Posted by Its All Fiddle Fart at Tuesday, December 26, 2017

Email ThisBlogThis!Share to TwitterShare to FacebookShare to Pinterest
Labels: Christmas

A really great idea, I love it!

Brilliant ....fantastic NY card ....not silly at all and Yes one could use the idea for other occaisions ....clever old you.

I love the idea of a midnight feast box!

Oh Helen......that is sooo not a daft idea. I think it's fabulous.
Sheila

Not daft at all! Sweet treats for special people are never daft...especially when they are handmade.