These are the Christmas Elf covered lollipops I made for Bertie’s Nursery Fayre.  The pompoms didn’t stick properly so in the end I removed them all, which was properly for the best as they could have been seen as a choking hazard. 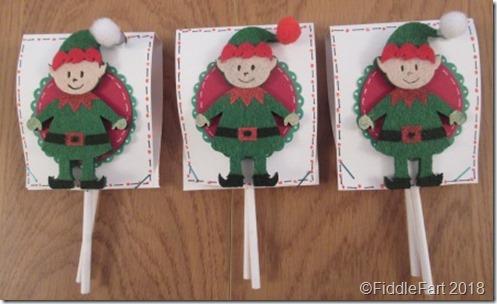 I started by cutting some white card oblongs and scoring them in order to cover the chocolate lollies I had bought (I don’t like boiled lollies for littlies). 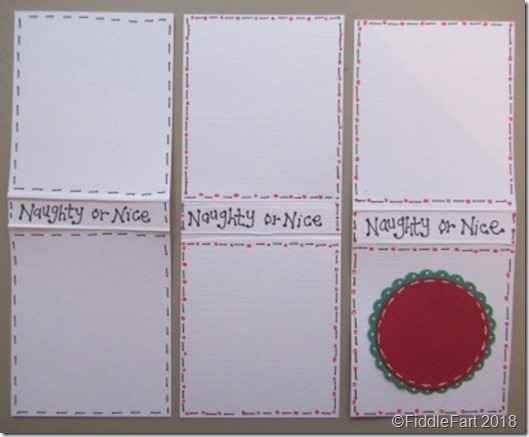 After scoring I added the “Naughty or Nice” sentiment and some faux stitching, before adding a layered circle made using a scalloped edge and plain circle punches. 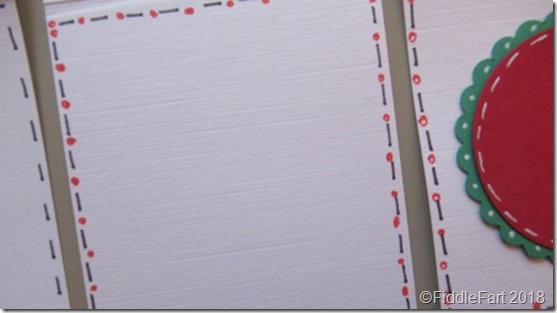 The self adhesive, felt elf came in a pack of 6 for 69p from Home Bargains. 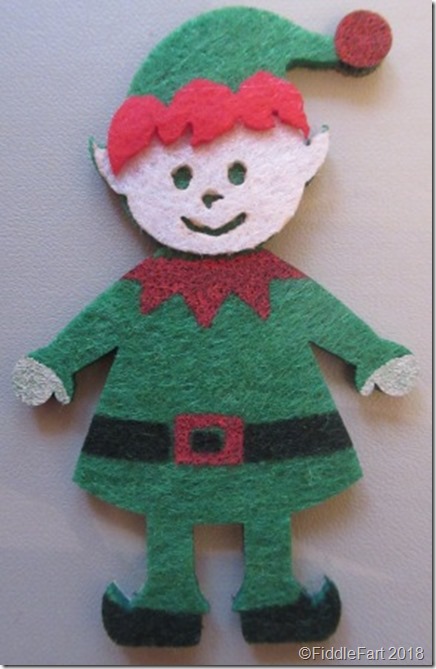 The elf was then stuck over the circle on the cover.

I was going to secure the cover with a ribbon threaded through the card, as I have in the past, but the elf’s feet got in the way and the whole effect looked messy, so in the end I settled for a mini staple in the two bottom corners. 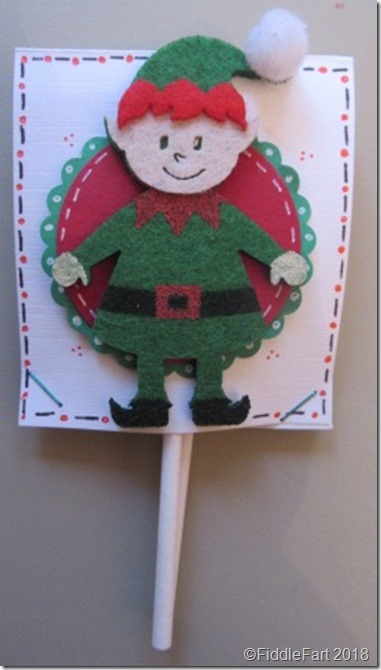 I could have embellished and fiddle farted a little bit more, but then I thought that once given the lollies would be eaten and the rest would probably end up in the bin, so best save any extra embellishment and my time for a more “keepable” project.
Posted by Its All Fiddle Fart at Monday, December 10, 2018