My Festive Shelves And Christmas Tree

I have had a really good jiggle about with the festive shelves in my lounge this year, mainly because I think I put all the best bits in the guest room for Mr Marc’s Imperial State Visit! 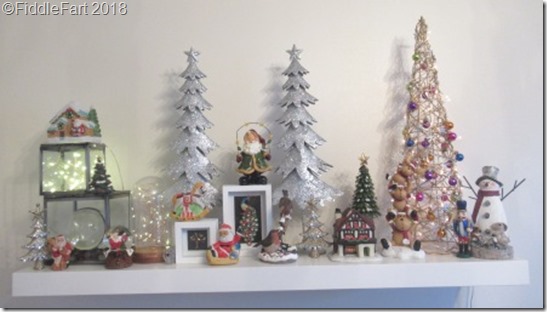 I seem to have put a lot less on them, using only one glass dome, where in the past I have used up to four. 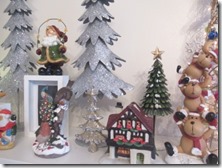 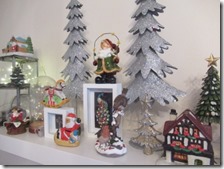 …… or my clumsy movements or bumps. 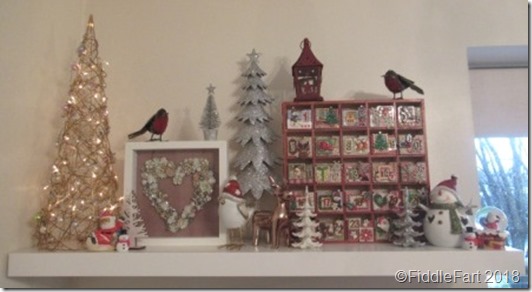 I’ve included one of the two sets of Advent drawers I’ve made this year …… my original Tesco Advent House is in need of some repair – that’ll be one of my first jobs in the New Year, while all the Christmas stuff is still out, sadly I ran out of time to do it in the run up to Christmas this year. 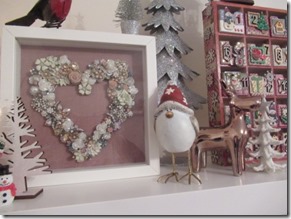 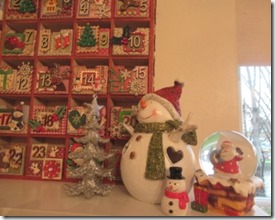 My Christmas twig tree has also undergone a major re-vamp ……… 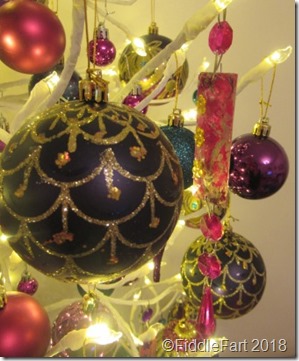 I had gone off the idea of the chandelier drop/icicle effect of the past two years and instead have gone all out for much more volume in purple, turquoise and cerise jewel colours with a plenty of gold glitter (thanks to B M Bargains) 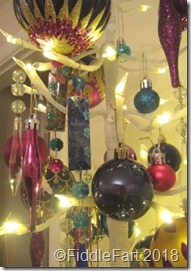 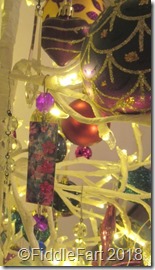 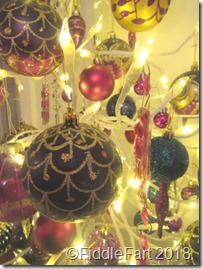 I also found space for the boho style decorations I made and posted a little while back.  I wonder what I will be writing about next year?

I have to admit I rather fancied a rainbow Christmas tree that I’d seen this year …… now if they had one in the sales, it could quite possibly come home with me!
Posted by Its All Fiddle Fart at Sunday, December 23, 2018

looking very festive, a very happy Christmas and New Year to you and your family x
Tilly

every inch of your amazing home was a Christmas magical moment to be seen, when little ones stand on a stool and look with amazement and Christmas joy in their eyes and squeal with delight they can see a lots and lots of themselves reflected in each ornament and then they so had to tell people which ones nanny made and which ones she made with other people that's what makes it Christmas,i was like a kid in a sweet shop loved every detail I loved you kept looking for more magic and you can never have too much glitter and shine at Christmas I loved our Christmas nativity it was meant to be we found so much magic in our shopping trips big love marc