This card measures 14.5cms x 14.5cms and uses a plain, pre-creased blank as its base. 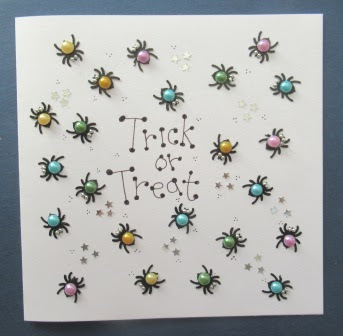 I wanted to make a Halloween card for Lu and wondered if it was possible to make something that was pretty and feminine but still with a creepy feel. I think I may have just about succeeded, however I also think that I may have got a little carried away as far as the number of spiders is concerned.  What was intended to be just five to seven spiders on a card soon became an infestation, but fitting for Halloween? 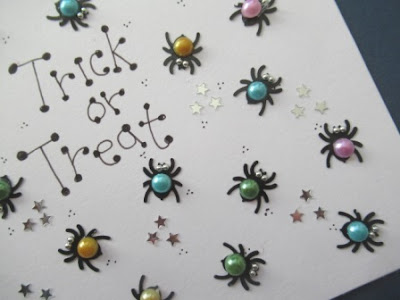 I started by doodling the sentiment using a black fine liner pen in the centre of the card. 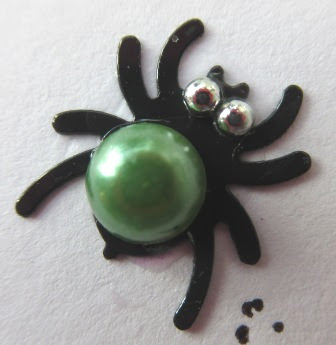 The spiders were originally Halloween confetti found in a charity shop. (I must look on line to see if I can find some more as I have almost used up all that I had). I put a small, pastel coloured flat backed pearl on each of their bodies and then two tiny weeny, silver flat backs for their eyes, so tiny that they made me go all cross eyed trying to place them. 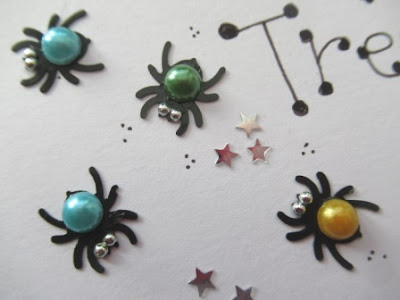 The final touches came from a scattering of tiny silver stars and clusters of three doodled dots, again using a black fine liner pen.  I love it, I hope |Lu does too.


It's funny how one idea often leads to another as I am now wondering if I could do something similar but in a small shadow box frame, replacing the wording for a doodled web?  I guess that just depends on my finding some more spiders .....
Posted by Its All Fiddle Fart at Wednesday, October 23, 2019

I think you nailed it! It's spooky and pretty at the same time! I have no idea how you glued those eyes in place. I would have been tearing out my hair.

I just love this wonderful card, what a difference a few pearls can make lol
Tilly

I love it, it's brilliant!