This card is A5 in size and was made using a white linen effect, hand cut card blank. A bit late now ….. as it’s after the event, but this is the card I made for my Father In Law for Father’s Day. 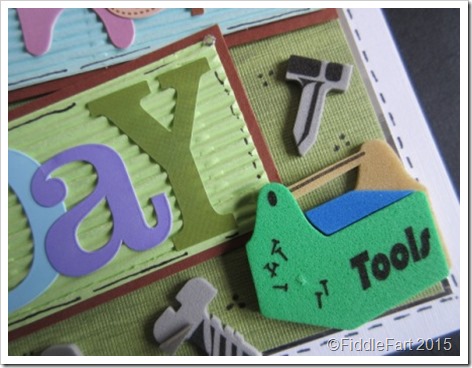 It all came together without too much planning, the word panels, for once, fitted the card without any undoing and re-trimming.  It was also an excuse to try and use up a just a few more self adhesive letters from  my huge box of alphabets. I am just going to keep on mixing and matching them on big cards until eventually all the vowels are gone and then, I guess, that’s when I will have to start cutting letters I have run out of out on my Silhouette, which as I always say …… I really should use more!!! 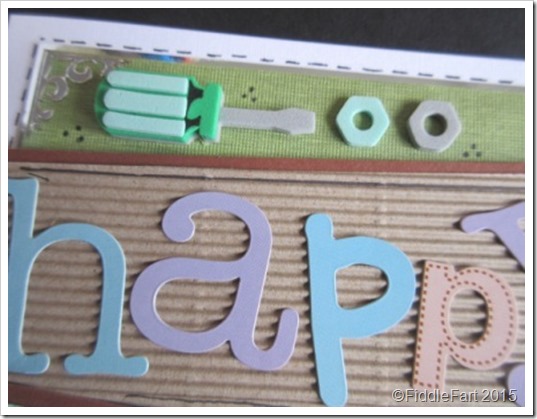 I also thought I would use my under used corrugated card to give the card a more rufty tufty feel, plus added depth and texture, which was then further mat and layered on brown card as I like an edge! 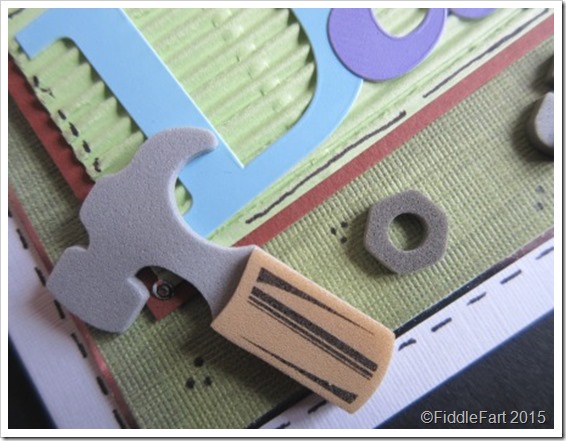 I don’t usually like mixing my mediums on a card like this, but on this occasion the foam tools worked,  which also meant that a half used packet of embellishments was finally used up ……. 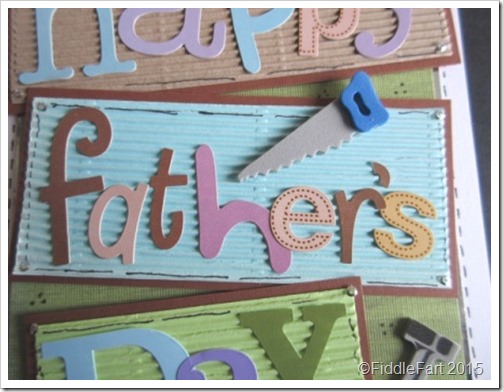 What a fun card Helen and a great way to use all your wee bits!! I struggle for men's cards but this is a great idea!

I bet he loved it! Super cute card. Love all those tools and your funky mix of letters.