Well it’s done, having flu meant that I had to delay the final bit of electrical work by a week, but I am now feeling pretty chuffed …….. 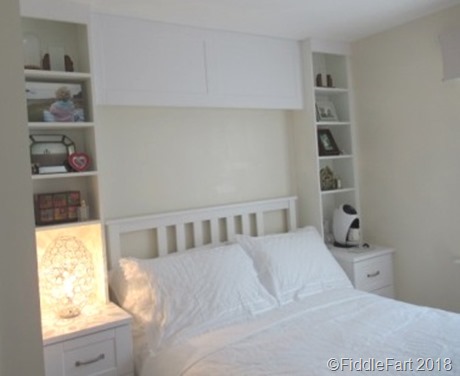 ……. this final bit of work in my bedroom looks even better than I had hoped, all  that time spent poring over Pinterest for ideas has paid off. 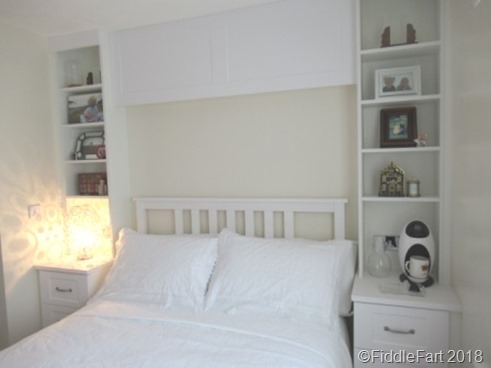 It’s all very white (except for calico walls and blind) after I treated myself to a supersize The White Company vintage style bedspread and decided to change from as bright as I could find bed linen to plain broderie anglaise.  I am not sure how long it will be before I start itching for colour, but at the moment I am finding the lack of visual stimulation very peaceful and restful. 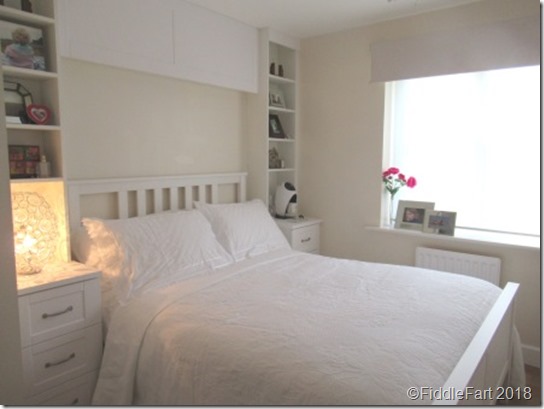 Finding a bedside lamp was a little tricky as I only had slightly under 40cms to work with, and most lamps were either too tall or too small to look in proportion to the space it was to sit in, but Next came up trumps in the end, and by paying for it as a Next Pay first time customer I got £10 off a £45 lamp!  I went for this design because, as you know, I do like a chandelier and so needed something that sort of went with the one I already had in the room. 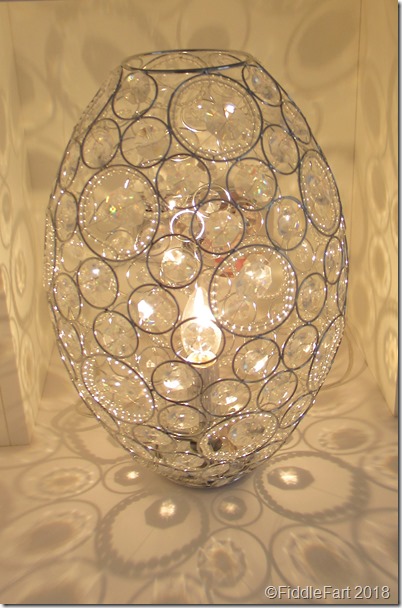 I think there is a little wiggle room for the rearrangement or change in frou frou that is on the shelves ……. but that leaves me with the ongoing pleasure of a charity shop, carboot find.  I am hoping to do a bit of thrift shop/flea market shopping in New York, so you never know what treasures I might find to bring home.
I thought this might be, perhaps, the last work to the fabric of the flat  I would have done, but I am not saying never, as I have a seed of an idea to add two sets of bedside drawers to the unit I had built in the guest room last year ……. but, it’s strictly at the “think” stage …….  for now!

It's all looking lovely and good to hear you're feeling better.

Your bedroom is so beautiful--it could easily be pictured in a Home and Garden magazine. You're wonderfully talented at decorating!!

you know what rick would say its so kelly