THIS IS NOT MY IDEA - it's something I found on Pinterest and thought was sooooooo brilliant that I really needed to have a go myself. 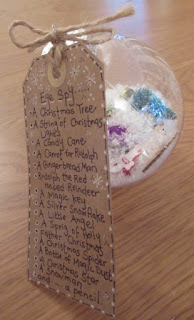 I needed to order some seamless plastic baubles first, I have some lovely iridescent glass ones, but as these baubles are meant for littlies using them would not be very sensible or safe. 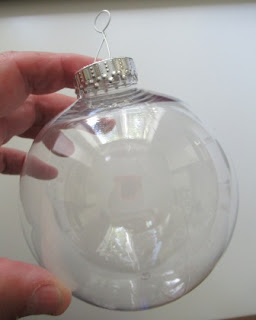 I found these seamless 10cm baubles on e-bay - 8 for £5.79 (with free P & P) which works out at just over 72p each which is a no brainer.
https://www.ebay.co.uk/itm/8pcs-10cm-DIY-Clear-Glass-Style-Shatterproof-Baubles-Seamless-Plastic-Decor-Xmas/264435638326?hash=item3d9197a036:g:H5UAAOSw~hNdWmn6
They are more than big enough, however I have since found some that measure 8cm, which may work just as well, it all depends on the size of the hole at the top as to what might easily pass through it or not. 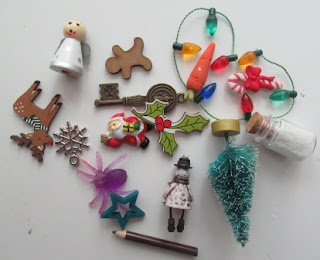 I rifled through all my Christmas embellishment boxes and found an assortments of bits and pieces to be "spyed" in the bauble. 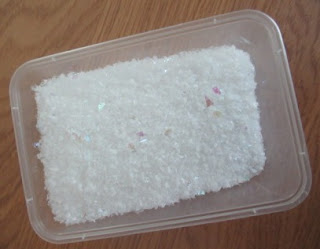 I also already had some "pretend" iridescent snow ....... 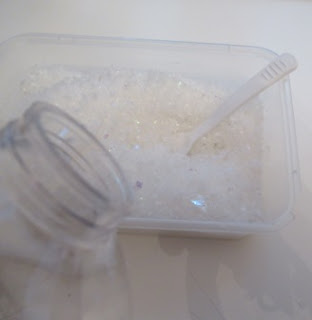 ...... which I found was pretty easy to get into the bauble using a small plastic spoon. 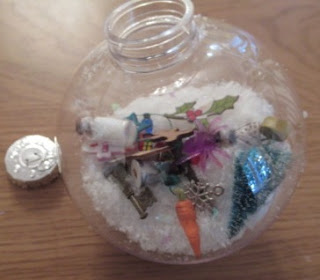 I then simply added all the festive bits and pieces to the mix ........ 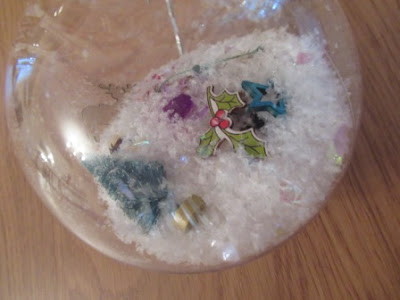 ....... before giving them a good shake.  I don't think it would hurt either to add some strong glue round the top of the bauble to prevent curious little fingers trying to prise the lid off. I handwrote the tag, listing the contents, which I then tied to the top of the bauble. Voila!  Such a simple idea, but whoever thought of it was a genius!  I will probably make a couple for Young Master Bertie to take to Nursery for their tree when the time comes, as well as one each for Iris and Bertie and a few of their special friends.

I think I might also try using small polystyrene balls (not sure if I can still get them as they can be sniffed up and are therefore a health and safety issue????) but if I can they might not disguise the bits and pieces as much as the flakes I have used.   I may even add a bow ....... it's an idea to keep playing with and improving, but I'm pretty happy with my first effort so far.
Posted by Its All Fiddle Fart at Tuesday, August 20, 2019

Creativity helps kids use and develop their little brains. I think your grands are going to be brilliant with a nana like you!

a great idea! you seem to be a good sniffer out of small and interesting stuff for your crafting use....unlike me lol...
Tilly

i love this so much big love marc